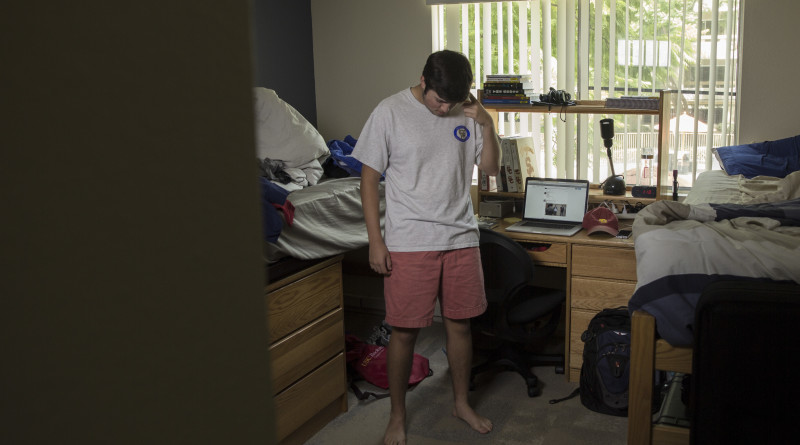 “Save for a couple rush jobs at summer camp, I’d never pounded my kojak anywhere else save for in my bedroom,” said freshman Jacques Ryker, a newly-minted New/North masturbator. He said that figuring out the logistics of dorm room self-pleasure was in fact the only thing that kept him anxious about transitioning into college life. Despite fleeting delusions that he might simply refrain from indulging in fappery at college, Spenz christened room 1390 only two hours after move-in. “I felt really weird about it, but my roommate was fixing some issue down at Card Services and and I didn’t know if I’d have the room to myself ever again for the rest of the semester,” said Jacques, “It had to be done.”

Many students share Jacques’ swiftness on the trigger. In fact, the USC Division of Student Affairs released a study earlier this week reporting that students only take an average of 3.5 hours before summoning the gall to squeeze one out in their new lodgings.

“Basting one’s ham is a completely normal part of student life,” said Student Affairs Coordinator Randall Biggs, “We were interested in just how long it takes before the average USC student figures it is okay to choke the chicken in their new environs. What we found was astonishing.” Over the weekend, the Division of Student Affairs gathered data by sending student pollsters door-to-door throughout USC’s many residential living communities to survey residents on whether they were currently punishing their meat or not. “I landed the worst possible work-study gig. I wish I were dead,” commented junior Usha Robertson.

“The fact that everyone’s using USC Wi-Fi also makes it incredibly easy to gauge when students are giving it a tug,” said Mr. Biggs. “Yes, we do have an entire room of full-time administrators set up in the basement of the Student Union Building jotting down your search queries in real time.”

The door-to-door polls specifically allowed researchers to amalgamate demographic data. For example, by a wide margin students in the Marshall School of Business wack off the soonest and with the highest frequency on move-in day. “We actually predicted that in our hypothesis,” said Biggs, “They’re business majors, they don’t exactly have any profound stipulations for achieving personal satisfaction.”

Meanwhile, breaking down the data by residential area, students moving into the Lorenzo fire their load in the least amount of time with an average emission occurring within just 25 minutes of move-in. “Those kids don’t waste any time,” said Biggs,  “They’re practically already stroking as they are busting through the doorway.” The study attributes this skew in the data to the Lorenzo’s upscale design.

Overall, it seems that Trojans are well-adapted in managing their sexual health. “It’s a lot like in the movies when an expert marksman is in new terrain and has to set up their sniper nest,” said Ryker about whacking the weasel in new locales, “upon further review, I’m not going to carry that analogy any further.” 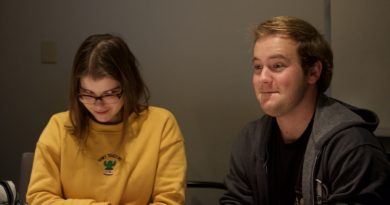 Hey, The Student Conduct Code Doesn’t Say Anything About Two Cousins and An Earnest Mistake

Birnkrant Complains About Underfunding, Sushi Night Reduced to Once a Week