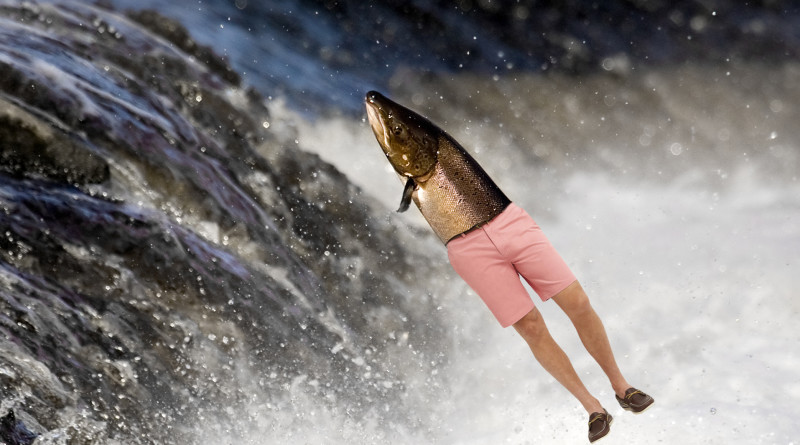 During the fall and spring semesters, they congregate in their fraternity houses on the row, and hold various kickbacks and parties.  During winter break, they ride the cold currents of the Pacific Ocean, feeding on squid, eels, and zooplankton.

These are the salmon-shorts wearing bros.  Or as they prefer to call themselves, “Sal-men.”

Every August, the salmon return to their annual mating grounds in the headwaters of the Pacific Northwest.  Fighting against the current, they swim hundreds of miles up mountain rivers to reproduce.

The salmon-bros have an amazing ability to remember the way back to their native mountain streams. Like drunken sorority girls making their way home after a night out,  90% of the salmon can find their way back without being eaten by bears.

Despite their innate capacity to find the way back to their mating grounds, man-made obstructions such as dams and bridge foundations have made it increasingly hard for the Sal-men to complete their annual journey.

“Personally, I haven’t ever had my swim up to the mating grounds blocked by dams or waterfalls,”  said one bro-sal-man, Tray Barrett.  “My parents have always just paid to remove any obstacles in my life.”

Once he reaches the headwaters of the Chilliwack River in the Skagit mountain range of British Columbia, Barrett will spend his last energy to fertilize the eggs laid by a female salmon, before dying.  These eggs, or roe, are a vital part of the ecosystem, so much so that they lend their name to the mating ground as a whole, the Row.

At the end of the summer, his eggs will hatch into small fledgling salmon, or “pledges.”

After depleting the nutrients in their egg-sac, the next generation of baby fish begin to feed on algae and small aquatic organisms, at which point their body mass grows and they start migrating downstream toward the ocean.  Adolescent fish at this growth stage are known as “chubbies.”

Another salmon-bro expressed disappointment with the upcoming mating trip and his impending death after he inseminates millions of eggs.  “I never really look forward to the trip to our summer mating grounds in the Pacific Northwest.  I prefer our spring mating grounds, which are in Cabo.” 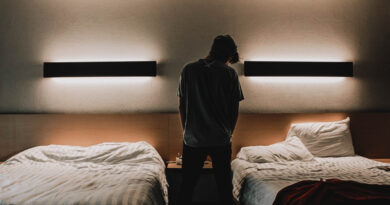