USC–For the past few weeks, some of America’s brightest high school seniors have been visiting campus for the Explore USC program .  USC personnel have been putting all of their resources towards recruiting these students to come to USC.  And one of their top priorities is to give these students an accurate impression of what life is like for USC students.

Ryan Davis, a prospective bagpipe performance major, said about his visit, “I’m really excited to come here next year.  I’m so looking forward to all the lunches at Town and Gown,  shouting ‘fight on!’ whenever I see a friend on campus, and the spontaneous marching band performances that will fill my four years at college.”

Davis said that his experience at Explore helped him decide to come to USC, “Everything the admissions staff said sounded awesome.  I mean what other school has such great dining hall food, so many international students to befriend,  and on top of that, is practically walking distance to the beach!?”

In the evening, Explorers are paired up with student hosts who show them what a typical night at USC is like.  One Explorer, Kenny Lopez, who is deciding between USC and a certain little boarding school in New Hampshire, said, “My host showed me what kids at USC do for fun at night.

He said that most weekday nights he and his friends would hang out at this bustling groove joint called ‘Ground Zero.’ But since I was there on a Thursday night, we did what any college student does on the weekend. We stayed in the dorm and had some wholesome, substance-free fun.”

One of the students told The Sack of Troy that he already planned to purchase a tuxedo so that when he arrived on campus, he could mingle with these sophisticated do-gooders at one of their elegant soirées.

The Explore USC program culminates in a formal interview, where students vie to win the prestigious Trustee or Presidential Scholarships.

The admissions staff realized that students would be tense for these interviews.  In an effort to calm their nerves, the admissions team reassured the Explorers that the odds of receiving a scholarship were strongly in their favor.

François-Marie de Poeuvriellaigneseaux, an admissions representative, spelled out in a straightforward manner exactly why they had nothing to worry about.

“Only 5% of the 20% of applicants who are admitted interview for the scholarships,” he said,  “And nearly 95% of that 5% receive at least 50% of what they interviewed for.”

At a Q&A panel on student life, one Explorer, who is known by her village on the Navajo Reservation as “Laughs with Trees” , asked how USC students celebrate various holidays.

An admissions staffer responded, “At USC a lot of students head to the beach on Labor Day weekend or give each other Valentine’s Day chocolates. And  let’s just say that Halloween at USC provides quite a scare.” 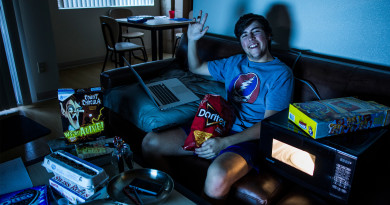 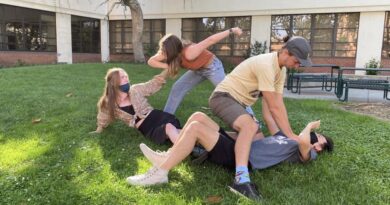