by Axel Hellman and Matt Kalina

Above: Photo of the preSConference

USC–Heralding the success of the Good NeighborSCampaign, the SCampus student handbook, and the SComedy standup comedy series, administrators announced yesterday the start of the SC SCapitalization SCampaign.

“The SCampaign’s primary focus will be to increase the amount of things around campus that start with or contain our beloved acronym ‘SC'” president C.L. Max Nikias told Sack of Troy reporters. “I will even demonstrate my dedication to the SCampaign by altering my initials to S.C. Max Nikias.”

Some changes will come immediately, according to the newly appointed program administrator, Roland Braithwaite, “We already have USConnect which is a website for applying students. Once they’re admitted, they can attend SCendoffs to meet other USC admits. Then at orientation they receive a USCard. We want to capitalize on the success of those names… see what I did there?”

He also added, “We’re in negotiations to rename the Coliseum the ColiSCeum and the Galen Center the Galen SCenter.”

Brendan Owczarzak, head of the USC Communist Club, expressed staunch opposition to the SC SCapitalization SCampaign. “This is an outrage,” he said in a statement, “As communists, we oppose any campaign put forth by greedy capitalist pigs. We’ve already defeated the grammar nazis, and we will vanquish the spelling capitalists and redistribute their wealth to the masses!” 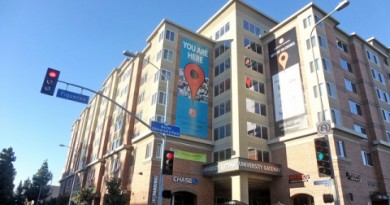