MALIBU, CA – Bob Dylan has prevailed as one of the most surprising artists of the last century: His lyrics and arrangements have continued to perplex and charm fans worldwide. Though, what may be most surprising to many about Bob Dylan is that fact that he is still alive.

Millennial Zach King is one of these many. King was shopping at the Whole Foods in Malibu when he saw what he initially assumed was a specter: “It was shuffling around, dressed like an old west gunman with the frame of a coat hanger,” King said.

Later, King showed a friend a photo he took of the Whole Foods phantom. “He told me, ‘That’s not a ghost. That’s Bob Dylan,’” King explained. “And I asked, is there a difference?”

After a quick Wikipedia search, King discovered his friend was telling the truth. “I was blown away,” King admitted. “To be honest, I don’t really know when I thought Bob Dylan died, I just knew he had to be dead.”

There are many, like King, who are blissfully unaware that the Bard is still alive. For King, he just hopes he won’t have to experience another moment of realization like this again: “Next you’re going to tell me Boo and Lucky Wilbury are still alive!” 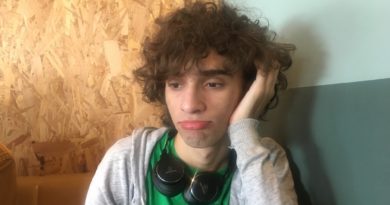