“Sam was missing for two whole days,” Jets coach Todd Bowles said. “I had no idea where he was – we had to send out a silver alert and everything.”

“At first, we thought that meant he was getting some for the team since Jamal’s birthday was coming up,” wide receiver Robby Anderson said. “But then he started sending us texts like: boutta make a deposit lol and Sammy’s gotta get his sweets rotfl.”

Players allege that the texts stopped sending at around midnight. This is when police believe Darnold’s phone battery died. The search, however, did not stop.

Some Newark residents believe they saw a Darnold-shaped figure that night hopelessly drooling at the sight of nearby banks and pastry shops.

“The way he dragged his hands with that dead look in his eyes, we thought it was just another Newark resident,” said resident Jerry Sanderson. “I never woulda guessed it was a kid who just signed a multi-million-dollar contract before he can even legally rent a car.”

Darnold was eventually located at 3 am by police, 25 miles from Metlife Stadium. He was allegedly scraped from the curb by a group of chefs leaving from their late-night shift from a nearby pastry shop.

“He kept whispering the word ‘cupcake,’ and we thought it was the perfect coincidence,” said Benjamin Braff, one of the chefs at the scene. “But he refused everything we gave him – he said unless it was in a baby-pink box and served by a magical banking robot, it was no good!”

The red-headed rookie was returned to his apartment later that night after USC Coach Clay Helton sent an emergency airdrop of the overpriced treats.

“We thought he beat the addiction,” Helton said. “But you never know when the relapses will come. Happened after that WSU loss, too.”

Darnold is set to start for the Jets this season as the crown jewel for a tight-nit roster hoping to turn the team’s legacy around after a string of disappointing years. This, and Darnold’s pending visit to Sprinkles™ rehab, is giving Newark residents high expectations. But it’s clear that Coach Bowles struggles to see the upside.

“I don’t know why we keep recruiting from USC,” Bowles said. “Honestly, still not as bad as Sanchez.” 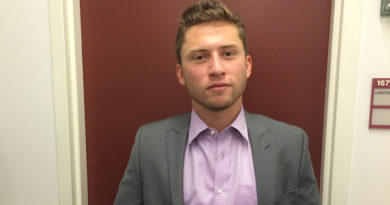