INDIO, CA — In a stunning move, Coachella Valley Music and Arts Festival management announced today that the event’s second and most popular weekend would be postponed indefinitely or cancelled altogether

“We forgot about Easter!” reported festival director Maximus Coriolanus. “At a staff meeting this morning, one of our members mentioned needing an hour’s break this Sunday to attend a Catholic Mass, and that’s when I remembered that it was totally Easter weekend.”

As a result, the weekend’s three days of performances have been cancelled entirely, so students and performers, who would normally attend, will have the opportunity to exercise their faith.

Max continued: “If there’s one thing we know about this generation, it’s that maintaining their faith is a crucial part of their lives. When these young adults leave home, their religious engagement skyrockets, and we would be damned to get in the way of that.”

This move comes days after a record-breaking first weekend for the Coachella music festival, featuring bands such as Lucky Charm, Frosty Flake, and CTCrunch, playing to sellout crowds of substance-addled teens.

(Correction: The editor would like to note that the mentioned bands are not in fact bands, but brands of Kellogg’s cereal. The Sack would like to apologize to the Kellogg’s corporation for this mistake.)

At press time, students were preparing to celebrate Easter Sunday (date: 4/20) by stuffing confetti eggs and preparing to hide candy in places that were totally impossible to find after morning church services. 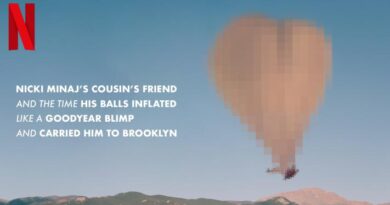