The Festival was described in the Facebook event as the “24 Film Festival Competition,” omitting the all-too-necessary word “Hour.” The resulting bloodbath that ensued caused some destruction of the USC campus, and threatened the lives of those in the greater Los Angeles area. What follows is a detailed report of the events as they happened.

9:00:01am: It is a beautiful morning in Los Angeles, California. The skyline shines in bright sunlight and people go about their Saturday, enjoying the weekend. At the USC campus, festival teams wake up and get ready for the day. Three batteries per camera are charged and a total of 1288GB of space is cleared from sixty separate SD cards per team.

10am: North Hollywood. A retired member of the LA Counter Terrorism Unit wakes up and slowly gets out of bed. He puts on a shirt and jeans, covering up scars and wounds from years of defending his country. He looks at photos of family members who have long been dead, or worse, have forgotten him completely. Nothing good is in his fridge this morning, even the milk is spoiled. On the other side of the city, a mysterious boat docks on the Santa Monica beach. A Slavic-looking woman leaps off the boat and begins walking up the beach, to the surprise of the beachgoers.

11am: Teams eat hearty breakfasts at dining halls, where a mix of breakfast and lunch is considered “brunch,” but in reality is neither. The retired CTU vet flips through channels with nothing good on. Suddenly, the phone rings. He confusedly goes to pick up the phone. “Jack?” He hesitates. “It’s me.” A pause. “Can you come in today?” Teams head back to their rooms. The Slavic woman presses a button and the boat explodes.

1pm: “Good morning, Jack. Um, we’ve had an incident.” Pause, Chloe knows Jack’s retired, but he’s the only one who can help them. “It’s just a small thing, Jack. You won’t have to save the world this time.” Back at USC, teams argue over who gets to direct their respective films. Suddenly, a film team of five people has become a terrible idea for all involved.

2pm: Film teams, still bitter about the director elections, begin to look online in anticipation of the required line and prop. Elsewhere on campus, Jack walks into the Zumberge Hall of Earth Sciences. A DPS Officer meets him and shows him a file cabinet that has been torn apart; the only missing file included information on the earthquake structure of the US Bank Building. Jack heads back to CTU confused. As the Slavic woman steps out of the U.S. Bank Building, she makes a phone call. When the other end of the line picks up, the U.S. Bank Building loses power. She hangs up.

3pm: USC WiFi goes down for a split second, to the panic of every team. When it comes back up, two messages flicker on the screen: “Here comes the Booze” and “A Trigger.” Teams quickly begin to write scripts incorporating their quote and prop. Jack gets back to CTU confused about the meaning of the robbery. But there’s been a computer breach and CTU is in chaos.

4pm: Teams jump into action. Google docs are created. Celtx scripts are collaborated upon. And everyone argues over what the movie should be about. Jack tries to take control at CTU and calm everyone down, but too much has been breached and everything is down. The woman calls from the other end of the room, “Jack! We got hit. What took you so long?” Jack answers, “I couldn’t find anything.” The woman responds, “Does this mean anything to you?” The same prop and line flicker on the dying CTU screens: Here comes the Booze…A Trigger.”

5pm: Not much action, just a lot of buildup and character development. You can pretty much skip this episode and go straight to 6pm.

6pm: The Oval Office: President Palmer Jr. speaks on the phone. He is a shining figure of hope in a time of economic downturn. He worries about his country. Meanwhile, teams realize the films they wrote during the day are now subject to night. Teams return to rewrite scripts to accommodate for lack of sunlight. President Palmer Jr. finishes his phone call with a simple farewell, “Goodnight, Vamira.”

7pm: USC WiFi remains defunct. Teams begin to set up lighting for their first scene shoots. Jack explains his confusion with the available evidence. “What am I supposed to do, Chloe? I’m no use to you guys.”

8pm: Teams are halfway through setting up lights for shooting of first scene. The Slavic woman strolls discreetly down Hollywood Blvd. just past the Beverly Hilton. She is assailed by a homeless drunkard and knocks him aside a little too hard. Suddenly, two taser coils collide with her back and she crumples to the ground. A cop approaches from the shadows.

9pm: “Sorry I had to phone you so late, professor. If it wasn’t important, I wouldn’t have bothered.” An elderly man sits across from Jack at a quiet beach restaurant along Ocean Avenue. “Anything for you, Jackie. You were always my most eager student.” The two exchange smiles of respect. Waves rolling off the dark beach match water flowing from a spout at a USC dining hall, where every team has decided to take dinner breaks after successfully shooting the first 35 seconds of their films. The Slavic woman is handcuffed and begins to regain consciousness as she is thrust into the backseat of a police cruiser.

10pm: Teams realize that outdoor filming will be next to impossible and decide instead to film their entire movies in the dorms. They all agree they will easily be able to think of something new and inventive that involves college aged kids in a dorm.

11pm: The Slavic woman gets her phone call. She breaks the thumb of a greasy dude in her holding cell trying to get too close and makes her way to the payphone. She looks right and left, then quietly picks up the receiver and begins to dial. Someone on an airplane picks up the phone. “Hello?” “I’m in trouble.” “I thought I told you never to call me, Vamira,” says the PRESIDENT. Whaaaat?! You didn’t see that coming! What is the president doing talking to the villain? Boom.

12pm: Three different film teams attempt to film in the same bathroom. Dorm residents are forced to use restrooms at local restaurants, as every bathroom is full of festival teams for some reason. Jack stops for a late night snack on the way back to CTU, still baffled. He sees someone walk up to the street from the underground metro. Jack calls the professor, but the phone goes straight to voicemail. Jack calls CTU. A cellphone is just out of reach of an older hand: “Voicemail – Jack.” The hand belongs to the bloody corpse of the professor.

1am: Jack gets into a cool chase scene with an unimportant character at the USC campus. Guns are fired, people get pushed out of the way. Stuff gets broken. The guy gets away. DPS sends students an email about it. USC campus damaged.

2am: Jack leaps out of a taxi back at CTU, where Chloe rushes out to meet him. “They arrested a woman just a few blocks from you. Killed herself in the cell a few minutes ago.” “I figured it out.” “What?” “We need to get indoors, now.” Film teams have now successfully filmed a fifth of their total needed footage in twelve hours. The henchman breaks into the basement of the US Bank building. A shadowy figure stands next to a large round object in the bank basement. “Are you ready?” “Yes, sir.” The shadowy figure turns slowly into the light from the guy’s flashlight; it’s the President of the United States and he’s grinning sinisterly.

3am: Jack explains the entire thing: “They stole information. Something about a bomb in the US Bank building basement.” Chloe phones the police, but the police don’t pick up. Teams at USC endure their fourth to seventh fights of the evening, stemming around the need to eat at risk of not finishing the film. Teams choose to film.

4am: The President laughs maniacally. His henchman flips a switch on the shape. A ticker shows up. The bomb will detonate in three hours. The President decides it’s time to get to the airport. “Not much of California’s gonna be left after this thing goes off.” The President’s motives remain unresolved. Jack arrives at the base of the US Bank Building and tries to find a way in. The actors at USC are being forced to endure the thirteenth and fourteenth takes, a common event of the evening.

5am: The President beams as the machine slowly churns to life. Jack finds a door to the ground floor. He breaks the locks and the alarm sounds. The President phones up his Secret Service: “Tell the LAPD they have a break-in on the first floor.”

6am: Jack is a door away from the basement. “Freeze!” Jack is captured, but he won’t go easily. Jack barges into the basement, grabs the first person he sees, and takes a human hostage, the PRESIDENT. One hour remains on the five thousand megaton thermonuclear megabomb. Film teams wrap shooting and move to editing their massive amounts of unnecessary footage. They think they’re making freaking Fruitvale Station or something.

7am: The police prepare to fire on Jack, but they see the bomb with only minutes left on the timer. “There’s no way out this time, Jack,” mutters the president. Suddenly, a yell from behind the legion of policemen: “Guns down! Chloe, CTU!” Chloe barges in, flashing her badge. “Jack!” “Chloe!” The President sees how much time is left on the bomb and panics. He drops Jack and sprints out of the room. Jack forgets about him and runs up to the bomb. Five minutes. Not enough time. “I’ll take care of this.” “No Jack!” “Chloe get out of here! I may be able to reduce the amount of reactions within the bomb. Cause the explosion to be a fraction of what it would be. Get OUT!” Chloe obeys, crying. “Good morning, Jack.” “Deja vu, Chloe.” The room shuts as the timer expires and Jack scrambles with the wires within.

8am: Employees stand outside the Bank Building, but they aren’t allowed inside. A rumbling starts and suddenly everything stops. The Building suddenly collapses right down the middle, as if a sinkhole had opened underneath it. There was a sinkhole, triggered by Jack, to save the city from the bomb. How did he do it? He’s Jack freaking Bauer and he found a way. And they never found his body. Dawn rises on USC as teams fall asleep and forget to edit their respective films before the deadline. Everyone loses. But Los Angeles wins.

9am. End of day. You don’t think they’ll be able to top a season like that. But they can, and they do.

You’re forced to watch a preview of what’s next on FOX during the credits. Those people in the credits worked hard. Show their names for Pete’s sakes… 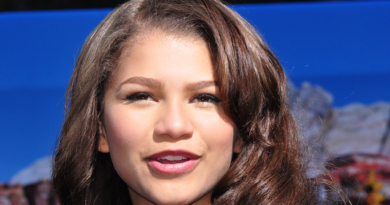 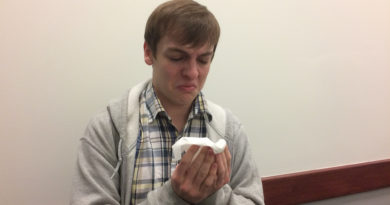 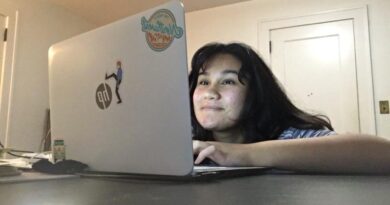