The latest qualification to be properly defined as a hipster (and if you abide by those rules, then YOU ARE OBVIOUSLY NOT A HIPSTER SO STOP READING THIS AND GO STARE AT YOUR REFLECTION IN THE MIRROR, please) is to have seen the most recent Spike Jonze film, Her.

Her stars the actor previously known as Joaquin Rafael Bottom (later known as Leaf Phoenix…and now known as Joaquin Phoenix) as the antisocial Theodore Twombly — named so because, in the futuristic Los Angeles-esque city, the name Theodore has come back into style.  Naturally.

Theodore suffers from clinical depression, resulting from a lifetime of wearing high-waisted pants that eventually cut off his semen production.  He is then, of course, only able to be with women who lack vaginas.

In walks Samantha, voiced by The Sexiest Woman Alive Much to Every Woman’s Dismay but is Still Part of Every Man’s Wet Dream, Scarlett Johansson, in her first role where she doesn’t rely on her fergalicious (make them boys go loco)  body. Samantha and Theodore instantly getting along because Theodore is weird and Samantha IS HIS COMPUTER.

Samantha goes through all of Theodore’s emails, showing that even she can be a psycho girlfriend at their first encounter! Immediately after she does this, Theodore is drawn to her because…mommy issues.

When Samantha and Theodore have sex, the film makes us wonder, “do we really need our bodies?” Well, the answer is obviously YES and we here at the Sack of Troy are not even going to explain that one any further. You need your body. You really do. Especially for sex.

Anyway, Her ends with Samantha becoming exponentially cooler than Theodore because she can basically have conversations with people who are already dead.   After the final credits roll, Theodore tries to go on a date with Siri. Unfortunately, he never ends up making it to the restaurant because of her crappy directions. 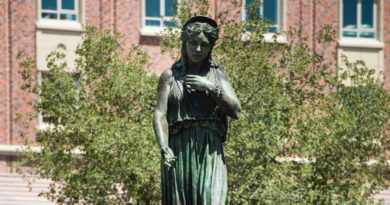