Following the defeat of the USC football team by the Washington State Institute for Prospective Nuns (the Fighting Postulants!!!) , the security of Lane Kiffin’s position as head coach has been called into question by most serious football fans. The chant of “Fire Kiffin,” was perhaps the most lucid demonstration of the Trojan Family’s dissatisfaction with the coach’s performance.

This disapproval runs so deep that Scott Rogers, a professor of linguistics at USC and noted researcher on Eastern European guttural noises,  has introduced a proposal to codify the incompetence of Lane Kiffin in the very fabric of the English Language by adding the term “kiff” to the vernacular.

Rogers defined his new word in a presentation given earlier today to the Oxford Dictionary Conclave as, “to kiff- transitive verb- to commence a task with utmost optimism and expectations, only to fail miserably due to inadequate proficiency or mental faculties.”

He provided examples of his new word used in a variety of contexts such as, “Bobby totally kiffed his driving test when, after months of study, he crashed his car into the orphanage,” and, “Although Ron is a world class runner, he will be sure to practice every morning so that he doesn’t kiff the upcoming race against the hobbled eighty-year-old woman.”

The staff of the conclave decided that, since there is in neither modern nor archaic English a word that carries the same gravity as comparing the performance of an individual to that of Lane Kiffin, the word is likely to be included in the next edition of the reference dictionary. Charles Lawrence, spokesman for the Oxford Dictionary, told Sack of Troy reporters, “the only real difficulty is determining whether or not this will be considered a vulgar term. We are afraid that if we introduce ‘kiff’ to the dictionary, it will devolve into a colloquial term of denigration known as the ‘K word’ and treated as an insult on par with the ‘F word’ and former clinical terms for mental ineptitude such as ‘idiot,’ ‘imbecile,’ or ‘moron.'”

He made clear his rational fears by saying, “we simply don’t want school children running around at recess calling one another worthless kiffs. It would be too much for their poor mothers to bear!”

Kiffin was unable to be reached by reporters and his location after the loss remains unknown, although speculation has arisen that he is in hiding aboard his yacht purchased with the millions of dollars USC could have better spent on emergency sideline foot masseuses or bidets in the McKay Center. Regardless of conjecture as to his whereabouts, one thing is for certain, if he continues to kiff, he will not be kiffing at USC next season. 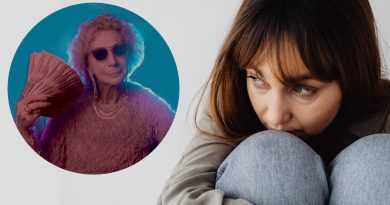