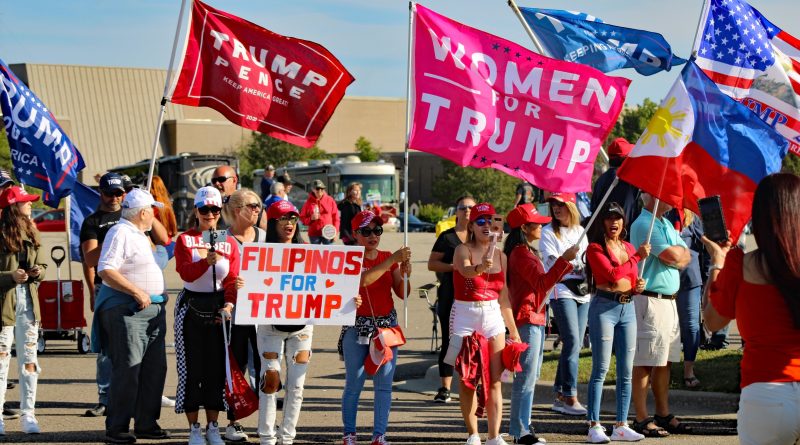 CASPER, WY – Through Twitter, Truth.Social, and your step dad’s group chat, election deniers everywhere are expressing anxiety about what will happen when Trump’s second term ends in 2024.

Though many deniers have demonstrated a hostility towards the recent elections, there’s still respect for the transfer of power. “A third term?! Why that’d be ridiculous” exclaims right-wing MAGA extremist and Fox News’ most loyal fan, Burt Duken. “We won and had that celebratory rager at the Capitol but fun’s fun and we can’t overstay our welcome. That’d be fascism” Burt explained calmly.

Many MAGA supporters believe that Trump’s current term is better than his first. “Our country has been made great again ever since Trump invented the Joe Biden character to give speeches while Trump secretly continued presidential duties” says Burt’s close friend Dale Erd. Dale believes Biden to be Q-Anon’s next natural progression. “No one would elect a speaker like that. It has to be a conspiracy. Plus if you count his stutters it makes perfect morse code anagrams that tell listeners that Trump is behind it all!” raves Dale. Anytime the current puppet president bashes the MAGA base, Dale smiles knowing that it’s a secret code to continue voting Democrat which supports Trump’s next master plan.

The true election deniers don’t understand why Trump is announcing a run for a third term and have lost faith in his delusions. “I don’t know if he’s a liar or a cheat but that’s not American. Shame to see such a pillar of integrity make a fool of themselves after so many wonderful years” Burt laments. Without a leader, the MAGA base has been undone. However, Burt and his followers still want to stick it to those dastardly Democrats so they’ve decided to improve society by more efficient means. “We’re getting vaccinated and respecting people of all lifestyles just to make the liberals feel inadequate!! Eat it, Pelosi!” Burt shouted while donating to Planned Parenthood.