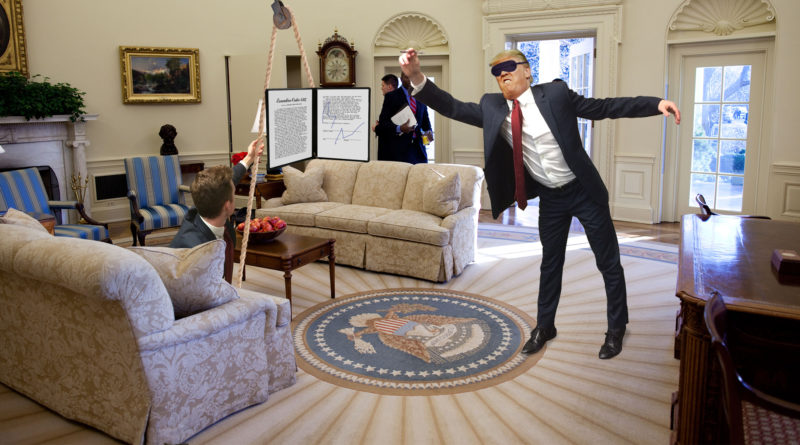 OVAL OFFICE — Settling into the White House, President Donald Trump and his aides celebrated his first weeks with a rousing game of “Pin the Signature on the Executive Order.” Spinning a blindfolded Trump, his cabinet cheered him on as he stumbled, Sharpie in hand, toward arbitrary legislation.

“The first half was making up the orders themselves,” explained court jester Rudy Giuliani. “We mixed Mad Libs with the works of Ayn Rand. Hilarious stuff!”

His various aides and secretaries brainstormed on a series of soon-to-be-signed documents ranging from the banishment of Irish Spring body wash to changing stop signs to purple.

“The game really picked up after a few brews,” burped Disney villain Rex Tillerson. “That’s when we started to get creative with constitutionality.”

The challenge increased for Trump when angry blogger Steve Bannon made a mini-game of hoisting the documents just out of Trump’s reach as he swung his pen.

“It’s funny watching him struggle,” giggled Bannon. “Right when he’s about to sign–WHOOP! It’s outta there! I could do this for hours.”

After his third Coors, Trump declared he wanted to set the record for most executive orders signed in under an hour, punctuated with a can crush to the forehead.

“I signed 62 executive orders in 53 minutes,” boasted a plastered Trump. “I bet that skinny-tied Obama couldn’t get anywhere near that. Nuh uh. No way.”

When the ink dried, the Trump administration had signed 367 executive orders. They were forced to stop when Trump blacked out halfway through his fourth beer and lap dog Paul Ryan had to carry him to bed. 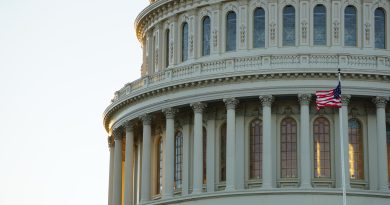