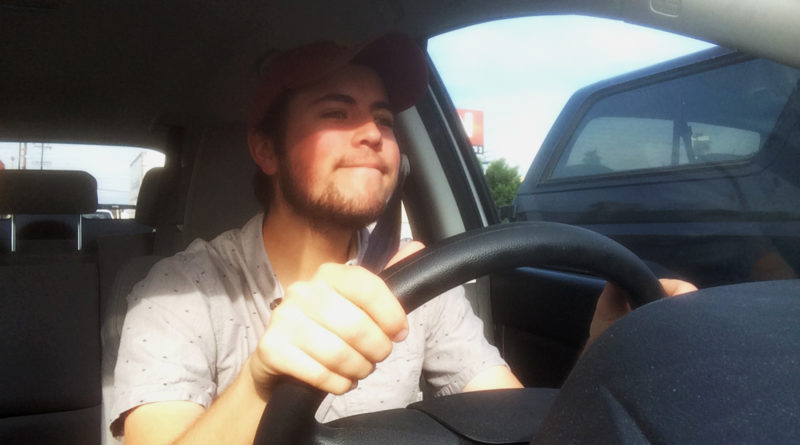 LOS ANGELES, CA — If you want to find local accountant Todd Frank you’ll probably find him in a traffic jam on the 10, or the 5, or if he’s feeling crazy the 101, just so he can feel like he’s a part of something. Without a doubt he’ll be waving and taking on the persona of any passerby.

Sometimes he’ll say “this blows,” or wave his arms in exasperation like a sports fan who doesn’t quite get the rules. But no matter how mad he appears on the outside, he is living it up on the inside.

“I don’t really fit in anywhere, so this is the closest I can get to feeling like I’m a part of a larger group,” said Frank. “Gosh. Isn’t it amazing? All these people trying to get somewhere, and I get to tag along like the little brother you hate having around, but secretly love it.”

“I’ve broken my arm three times trying to high five other drivers,” Frank said wistfully. He chuckled to himself: “Some people like to feel the wind in their hair. I like the tension of people who really just want dinner.”

Frank drove on for one mile longer saying “bow chicka wow wow” every time a driver flipped him off. When the ride finished Frank sighed and smiled. Nothing needed to be said. Home is where the heart is, and for Todd Frank, home is in traffic. 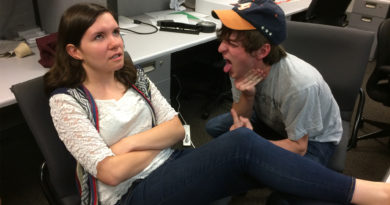