CANADA — Canada’s solar program has many citizens disappointedly exclaiming “oh, Canada!” as the program has failed miserably, only being able to provide enough energy to power one zamboni.

Observing dreary weather for years now, Canadian climate scientists have been determined to get to the bottom of the apparent weather phenomenon behind the troubles of the initiative.

Ultimately, cloud gazer and family black sheep, Cooper Manning recognized the dark mass as a shadow rather than a cluster of clouds.

Brother of Eli and Peyton Manning, Cooper claims he knows a few things about living in shadows: “The darkness reminded me of the shadow cast on me at every family Thanksgiving football game. That’s when I knew this was no cloud.”

Ironically, the constant shade thrown by the United States has slowed the warming of the nation: the main reason for investing in renewable energy.

“This is not an unusual phenomenon,” reported climate expert Bill Nye. “These shadows have cooled down areas ranging from single households to entire nations. I should know, I’m a science guy.”

Despite these positive consequences in regards to cooling, many Canadian celebrities have gone on record expressing their discontent with the failed project.

Justin Bieber tagged Prime Minister Trudeau in a tweet saying, “my mama don’t like you and she likes everyone.”

Alex Trebek insisted that the nation is now, more than ever “in jeopardy,” and Drake tweeted: “started at the bottom and we’re still here,” following the report. Additionally, Ryan Reynolds placed his bet on Canada in the dead pool.

Despite outrage from Canadian celebrities, the presence of the shadow doesn’t surprise many. Canada received 18 medals in the London Olympics to the United States’ 103 and their only claim to fame in recent history has been the crowning as “Best Nation Directly North of the United States” in 2014.

Canada has since lost the title to America because Alaskan head of the panel, Frank Lee Biased, later realized that “Alaska is north of pretty much the entirety of Canada.”

The Canadian government has since issued a formal apology for the failure of the program via mountie on a grizzly bear. 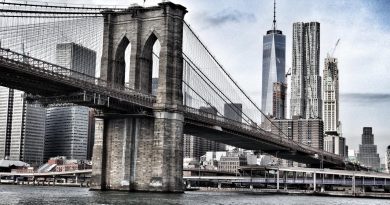