“Things got weird,” said Brandon Wilson as he tried covering the protruding pleat in his jeans.

Caddy then immediately beelined to his dorm.

At the end of the concert, Jamie was spotted making her way to the library where she felt there were some “overdue books” that needed to be “taken care of.” 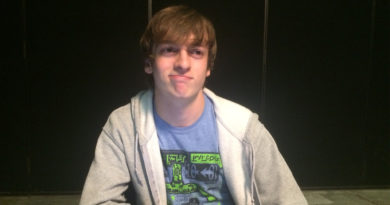