WASHINGTON D.C. — After its third hung jury last Friday, the controversial Batman v Superman court case has moved up the juridical ladder, delegating from the Metropolis Judicial System to America’s own Hall of Justice, the Supreme Court.

Although many have dubbed this past weekend’s event as the “Dawn of Justice,” reception hasn’t fared well, with many riled reporters declaring it to be the most shameful and unprofessional legal proceeding between two beloved public figures since Alien and Predator.

While the Man of Steel and the Dark Knight have quarreled before, Justice Bill Finger was shocked at the two men’s overly gratuitous and violent nature this time around: “Frankly, they’re both guilty. I mean, Batman admitted to straight up shooting people. Even if they were bad guys, I’m pretty sure that still qualifies as murder.”

“The whole affair just made me depressed,” admitted Chief Justice Joseph Shuster. “Instead of truth and justice, all I got was death and hopelessness. It was like watching a Mickey Mouse cartoon where Goofy goes to an AA meeting.”

Criminal lawyer Sack Znyder defended the brutality displayed by the hollowed heroes: “I don’t get why people are mad. This is how the real world is. We can’t have people thinking these figures can have fun. Superheroes are serious business. They aren’t here to entertain.”

Still, others found that the trial just went on for too long.

“The opening statements went on and on,” grumbled Justice Neal Adams. “I don’t care what Lois Lane was doing in Africa. Just get to part about the goddamn fight!”

Complaints of the case’s length were only furthered by the caped crusader’s antics, who when asked to state his legal name for the court, repeatedly answered, “I’m Batman.”

Even appearances from other members of the Justice League, such as The Flash and Aquaman, felt largely inconsequential to the whole affair, and only distracted from the legit litigations.

All in all, the justices and press were left unenthused about the dour duel, with many wondering what was even the point, as no final verdict was reached. Yet, many hope that after this weekend’s episode, The World’s Finest can bury the kryptonite hatchet, and stand together once more, not as enemies, but as super friends. 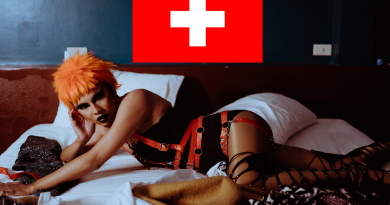