REFERENCE.COM HQ — Thesaurus.com shut down on Tuesday amid concerns from lawmakers that it encouraged diversity of language and thought.  Many people are not happy about the decision. Others are unhappy.

Thousands of outraged students took to the internet to rage about the shutdown due to their essays being a third of their regular length, even with 13-point font and 1.25-inch margins. Without the website, the only way they know how to transition between paragraphs was by using the word “also.”

Also, outraged 10th grade English teacher Patricia Highman tried to explain the impact of the shutdown: “This is huge. More than huge. Something that means very big, but also has a negative connotation.”

Most news articles became highly repetitive. Many articles repeated the same thing but did not use different words, and were repetitive.

West Virginian Congressman Dick Johnson, who spearheaded the anti-thesaurus movement, was particularly pleased with the shutdown: “Now our youth will no longer be corrupted by the power of synonyms. We will reduce our language to its simplest terms. Most importantly, our citizens will no longer be able to associate perfectly innocent names with genitalia.”

The shutdown has also impacted the American job market.  It seems that without the aid of Thesaurus.com, the average American only writes at a 4th grade level, as opposed to the previous 7th grade average. President Obama planned on holding an emergency press conference, but had to cancel after his speechwriters were unable to complete a speech without the aid of the site.

Meanwhile, librarians across the country are trying to convince patrons to use physical thesauruses. They are in the reference section, next to the books that tell you the definition of words. 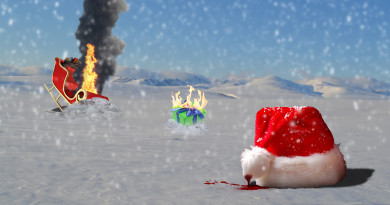