AMERICA — Presidential candidate Bernie Sanders has announced plans to replace his fancy and elitist campaign bus with a modest 1965 Volkswagen Camper Van. Staying true to the principles of his campaign, Sanders believes that the former fancy campaign bus promoted the image of the billionaire class from which Sanders hopes to disassociate his campaign.

“This is a campaign for the people. Far too long millionaires and billionaires have ran campaigns on oversized greed wagons with their fancy air conditioning,” shouted Sanders,  “That is why my campaign staff has purchased a rusted out Volkswagen Camper Van, which is more inline with the ideals of my campaign’s image of modesty, thrift values and ‘just getting by.’”

The camper van is reportedly in poor, but usable shape. According to our sources at Vintage-Garbage Chic Beautiful magazine, the camper van is equipped with not only a steering wheel, doors, and all glass intact, but it’s also converted to run on vegetable oil in efforts to reach out to the green party vote.

“While our fenders may be attached only by NPR and Coexist bumper stickers, and the floorboards are rusted out far enough to see the great American highways pass below, no corporate fatcat dollars went into the purchase of our camper van,” expressed Sanders, “Who needs the Koch Brothers when a penny jar will do?”

The Bernie Sanders campaign staff also has plans to acquire the 1903 Wright Flyer when It comes time to complete long distance campaign stops. 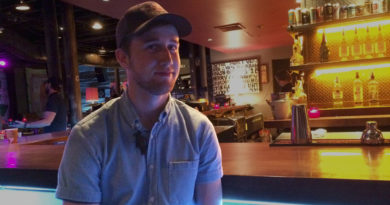