LONGWOOD UNIVERSITY, VA — Democratic Vice Presidential nominee Tim Kaine has garnered a tremendous amount of attention for his performance at the vice presidential debate. When asked the tough question about Clinton’s political past, Kaine franticly searched his pockets and busted out his harmonica to play a rousing rendition of Culture Club’s “Karma Chameleon”.

“At first it seemed like he was just trying to avoid the question,” stated the moderator, “But then I realized ‘Karma Chameleon’ on the harmonica answered it better than words ever could.”

“It’s his greatest asset,” gushed Linda Beyman, a long-time Kaine supporter. “People like to call him a ‘harmonica player,’ and that pisses me right off. He’s a mouth organist, and one that should be vice-leading our country.”

Some viewers, such as local student Nathan Flagel, claimed that Kaine’s gutsy move changed their views on the election: “I’m not gonna lie, the guy seemed like kind of a dud. But once I heard him do ‘Piano Man’ on the ‘mon, I knew he would do this country right.”

Many other voters share this sentiment. Early polls suggest that Kaine may experience a post-“Piano Man” bump as large as five points. 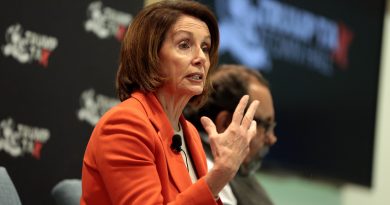