AMC PARKWAY POINTE—For the past few days, Alvin and the Chipmunks fans began forming a line outside the theater awaiting the 4th Alvin and the Chipmunk installment, Road Chip. The line has gone down the block, around the corner, and up a flight of stairs. Fans, and critics alike, consider this the event film of decade, especially since pre-sale tickets went up a month in advance and sold out within the first two hours.

“In order to get ready for Road Chip,” explained a mega fan dressed as Theodore, “I watched the whole original Chipogy from start to finish. Gosh, those are some good films. I don’t know how they’re gonna top The Squeakquel though.”

“I’ve cut myself off from all social media this week,” said Simón Alvina, web master of Chippipedia. “I don’t want any tweet or forum post to spoil this experience for me.”

Some Alvin fans are worried about this new addition defacing the Chipmunk franchise since the original trilogy, or Chipogy, is considered cinematic perfection. A large majority of fans have no faith in the director Walt Becker being true to the Chipogy nor respecting the universe created in the Expanded Chippiverse novels.

However, the reviews are in and critics are in unanimous agreement that “this is the Chipmunk movie we all hoped it would be.”

The demand for Road Chip is getting so high that theaters are forced to replace Star Wars: Force Awakens showtimes with more Road Chip ones.

Road Chip currently rests at a confident 100% on Rotten Tomatoes for both critics and audience. No movie has been rated that high since The Godfather. 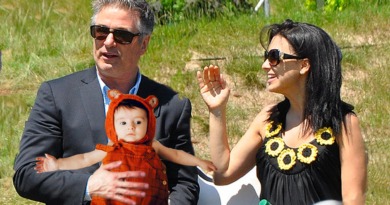 Alec and Hilaria Baldwin Welcome Baby #7 via Stealing It 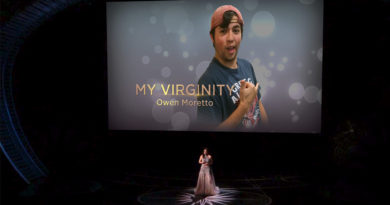