In a crucial scene from the critically acclaimed Attack of the Clones, Count Dooku greets the imprisoned Obi-Wan Kenobi, with the admonition “They’ve gone too far. This is madness.”

Some would say we’ve stepped into an age of Star Wars appropriation, AKA Star Waroppriation. Madness indeed.

So, are you really a Star Wars fan? You can probably say so now, in the age where anyone with the phone app, or a plastic lightsaber, or even a remote control ball can call themselves a fan. Even my 4th grade bully Kevin can call himself a fan now, that modern day Saul. But there was a time before this, a dark age of sorts, where Star Wars was a succinct saga of six. And that was the end of it.

Star Wars at one point was something you had to actively work to be a fan of, with no more films on the horizon (circa 2005-2011). This meant consistently shoveling animated spin-offs, non-sequitur series of toys, and the occasional video game adaptation into your pie hole, as well as Kevin’s punches to the head for quoting Phantom Menace. And we all still have our manuscripts for Expanded Universe novels, ready to go in a moment’s notice.

Where were you when when Ahsoka Tano was our only hope? And where were you when a proposed live action TV show was shut down? Did you even buy a PSP just so you would own Star Wars Battlefront: Elite Squadron even though you knew good and well it wouldn’t stack up to the original games?

But relax, fans new and old, all has been forgiven. The prodigal sons and daughters have been welcomed back onto the bandwagon, except my 4th grade bully Kevin. Jerk. However, there are larger forces at play here…I’m of course talking about The Dark Side.

Where were Star Wars themed Spaghetti-O’s five years ago? How come there are a hundred Star Wars apps now, and all I had was the Augmented Reality gem Millennium Falcon? Why does PETCO decide that my pet wants Star Wars chew toys all of a sudden, as if it didn’t before?!

I own a fish, but that’s beside the point.

The brand and the world is being cheapened with every adaptation that’s assembled, and it’s diluting an experience that true fans have cherished. They’ll use Star Wars to promote whatever they want to promote, then leave it by the wayside with the next wizard or dinosaur fad that comes along.

On the bright side, there’s concrete evidence we’ve gone too far: http://www.techinsider.io/star-wars-fruits-and-vegetables-are-not-the-droids-youre-looking-for-2015-12

Editor’s Note: Rob wrote this for his WRIT-340 class and received a solid F+. He was supposed to write about medicalization and its effects on the world, but he chose to write about something closer to his heart. He received the “+” for his effort. 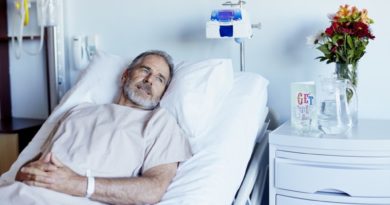 Guess What? Dad’s Gonna Live, So Quit Calling Dibs on the Antiques!