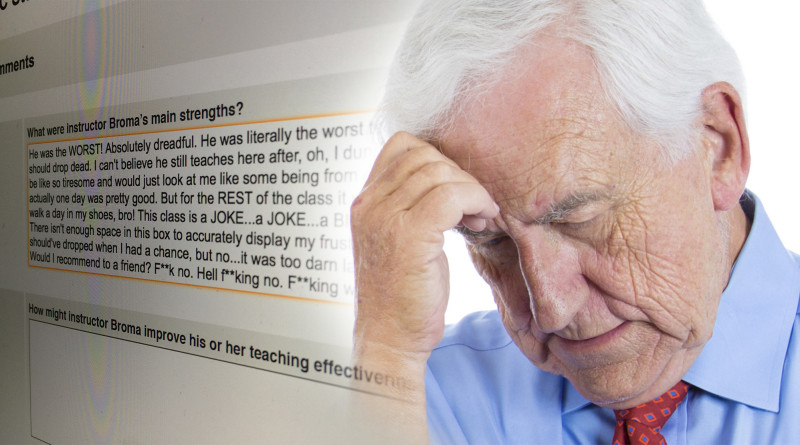 USC–“I’ve taught at this University for 20 years, and I’ve never had something like this happen!” Those were the cried out words of Professor Broma, department head for Jazz Studies, upon reviewing his course evaluations for “Intro to Soul Music: Riffing Off of Riffs.”

These seemingly harmless student questionnaires are usually encouraged by professors, as they provide meaningful feedback, but now Professor Broma will think twice before asking his students to rate his performance.

Broma, who has been asked to leave his position at the university, scored “Below Average” in the categories of “Soulfulness,” “Material was presented in an academically challenging way,” and “Chill factor.” When asked what Professor Broma could do to improve the quality of the course, several students responded with answers like “nuthin” and “idk what class was this again?”

“I just didn’t really like the class,” says a student who wishes to remain anonymous. “I mean, it was a Monday, Wednesday, Friday class and I thought, you know, since it’s music that Friday class would be canceled a lot. It totally wasn’t. It sucked, man.”

The Jazz Studies department has articulated how seriously they take these course evaluations, and they want the students to know that their concerns have been heard and action has been taken. Broma, who has a wife and three children, was forcefully removed from the campus Thursday morning. All of the DPS squad cars were called in to assist.

“I just don’t know where I went wrong,” laments Broma, “What the Hell else am I supposed to do with a major in jazz music education if everyone hates me? How am I supposed to feed my family?”

Unfortunately, only time will tell. In the meantime, if you haven’t completed your course evals, there was a link sent via email, as well as a way to access them through MyUSC. And remember, someone’s job is in your hands. Answer responsibly. 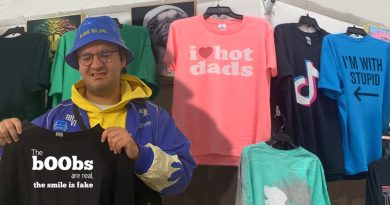