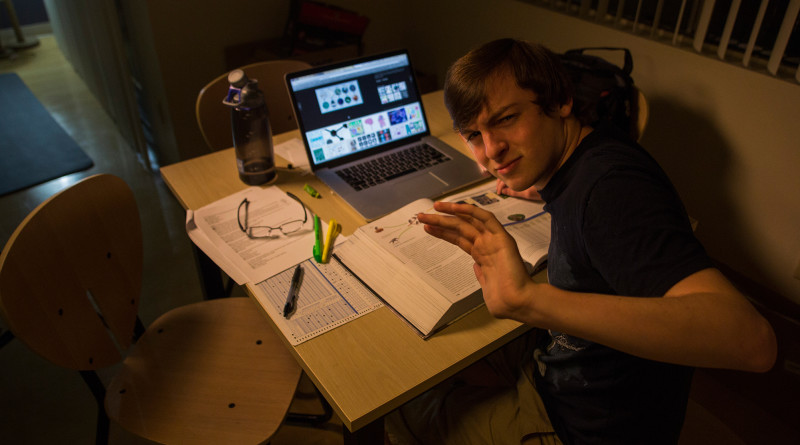 USC–This morning a complete nerd sat down to begin studying for his upcoming final. Onlookers reported that this utter dork was flipping through flashcards, writing in a notebook, and scrolling through PDFs on an iPad, rendering him a total loser and outcast to society.

“He was using like 2 different colored highlighters,” blurted out the Poindexter’s really rad roommate. “Only goobers use highlighters if you ask me.”

Concerned friends and neighbors came by to rouse the geekwad from his trance-like state, with offerings of Movie Nights and BBQs. However, the dweeb kept his nose buried in the textbook, like a good-for-nothing punk.

Later in the evening, the brainiac relocated to Leavey Library to type loudly on his laptop, which cooler witnesses with better social lives presume was for an essay or term paper. The unwelcome studier was quickly asked to leave by Briana Laschel, who voiced the mind of the awesome people when she declared, “Um excuse me, we are trying to catch up on Courtney’s Vegas trip. Please keep it down with your keyboard noise.”

Some sources claim that the bookworm went 26 words over the minimum, probably because he is secretly a huge teacher’s pet and major suck-up.

When asked why he began studying multiple days in advance, the major doof-muffin said, “What? I just want a good grade. There’s a lot of material to cover.”

“They’re called Study Days for a reason,” lisped the weenie.

Analysts speculate the egghead will probably never get a girlfriend, but will most definitely get a passing grade. Way to go, Einstein. 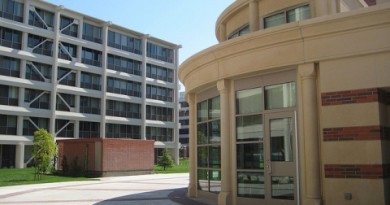 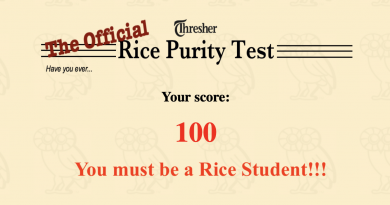 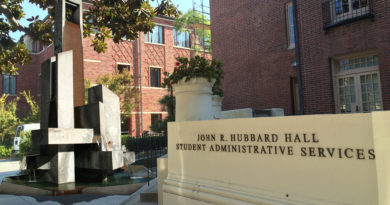