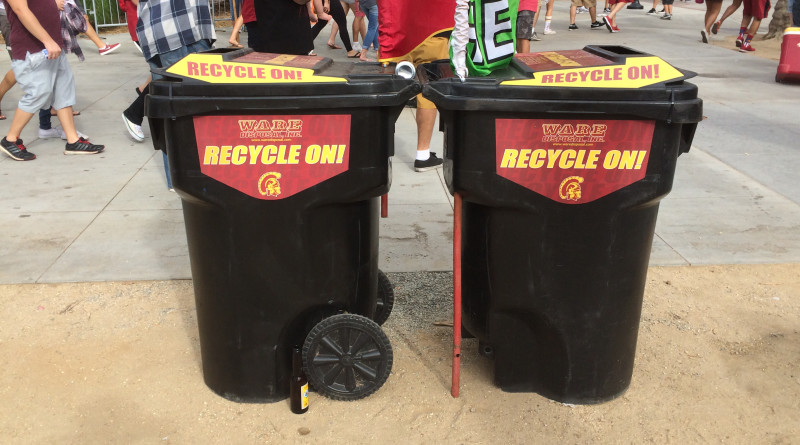 In an effort to raise campus awareness of the ubiquitousness of the ‘Trojan family,’ this past Wednesday, President S. C. Max Nikas launched the SCampaign to “add ‘On’ after more verbs all around the SCampus.” With the recent success of Doheney’s “Read On!” and EVK’s “Eat On!” as well as DPS’s “Walk Your Bike On!,” the university has expanded these diligent efforts to add the letters O and N followed by an exclamation mark after various verbs throughout the campus.

Amongst these efforts, notable examples are the Office of Financial Aid’s “Pay On!,” Waste Management’s “Recycle On!,” The Ostrow School of Dentistry’s “Floss On!,” Trojan alum Johnny Storm’s unrelated “Flame On!,” The Facility Management Service’s “Pee/Poop On!,” the Trojan Kink Club’s “F*#k On!,” amongst many others.

If the current success continues, USC has ambitious plans to add ‘On!’ after every verb found on or around the university park campus. “No verb will be left un-‘On!’-ed,” said Nikas, “every textbook, every pamphlet, every sign will soon both have the letters ‘SC’ capitalized, and the word ‘On!’ after every verb. It is my edict. It shall be done.”

We obtained an early sample of one proposed admissions pamphlet, and it reads as follows:

“USC alumni Form On!, a SClose and SCupportive SCommunity that spans the globe under the banner of the Trojan Family. The shared values of our alumni Reflect On! in the work they Do On!, the friendSChips they Make On! and their approach to the large and small SChallenges they Face On! every day On On! campus and Off On! campus. As members of the Trojan Family students become part of a remarkable group Shaping On! the future of the planet.”

However, the message was not universal. “I encourage students at the University of Southern California to Fight On! Study On! Party On! and Think On!” said Nikias,  “But the striking janitors need to just settle down.”