Senior Kenzie Bovard was walking north along Vermont Ave on her way to get strawberry margaritas at La Barca when she noticed what she described as a “cute little pantry thing” on the corner of Adams and Vermont.

“It kinda reminded me of Bottega Louie, but not,” she told the Sack of Troy.

“What is this place?,” asked Kenzie as she stepped into the Ralph’s grocery store on the corner, “This is like Seeds but bigger…”

Despite having been at USC for almost four years and having been alive for more than twenty one years, Kenzie did not know or even understand the concept of a Ralph’s grocery store, which was founded in Los Angeles in 1873.

Kenzie was puzzled by the various displays of products offered, listing questions and concerns such as:

Kenzie did enjoy what she called “the bar,” given her limited frame of reference.  She was surprised to see the large variety of wines available and pretended to know that she knew which wines were good or bad.  She briefly considered “Dr. D’Angelo’s 100% Potable Cooking Wine Legal for Consumption by Humans,” which was steeply discounted, before blindly selecting the most expensive bottle so she could tell her friends.

When asked about her wine selection, Kenzie reported, “Well I don’t want my friends to know that I know that they know I don’t know what good wine is.  Wait what?  I’m confused.”

On her way out of the store, she was stopped by security who told her that she actually had to purchase the wine with money, which can be exchanged for goods and services.  After asking “some lady in a jacket,” she learned about Ralph’s specials on alcohol.

Kenzie failed to realize that a multiple of 6 does not mean that the number simply ends with a 6.

Unable to carry all of her wine by herself, Kenzie called an Uber Plus despite the available free USC Uber at the time.  She was last seen posting on Yik Yak about “this cool new spot.” 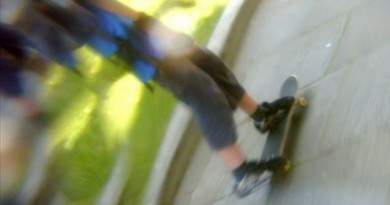