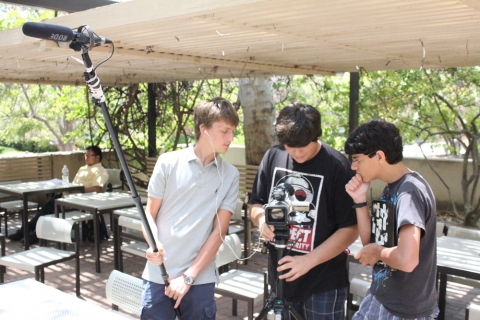 Rob Smat is currently pursuing a PhD in astrophysics, whether he is aware of it or not. He has taught in multiple classroom settings, especially those in which the professor has momentarily stepped out and left the microphone on. He currently studies film at USC and has directed films such as LOST AND FOUND, which won the jury award at the Southern Minnesota Brown Haired Film Festival.

When Huffpo asked me to write on life in Film School, I said “Hell no, I only write for the Sack,” to which they responded, “You can never go wrong with the Sack.” So here I am.

Film School is a lot like Summer Camp, even though I can’t say I ever attended a Summer Camp in any way, shape, or form. For one, I see all of my fellow filmmakers all the time, whether in classes or in the editing labs. We hang out and do fun film stuff together, kind of like kids at summer camps.

Like one time, my buddy Jeremy was carrying this huge camera case up the stairs, and I went to pretend like I was going to help him, but instead I just unhinged the lid and the entire camera set came tumbling out of the box! It’s cool though, I knew he had insurance, so he only had to pay for part of that one anyway. It’s just an example of a summer camp thing to do, pulling cool fun pranks like that.

Summers for me weren’t about pranks. I mainly focused on swim team practices from 6am to 9am every weekday morning. Those practices left me lots of time to reflect on my life for the rest of the day. Those quiet, summer days. Alone.

Or like with the girls. You can totally run up to any girl at the Film School fountain and flirt with her. You can ask her if she’d like to go with you to the lake (fountain outside of SCB), or if she wanted to go to the lunch hall with you (Coffee Bean), or y’all can even go dump steaming hot coffee all over those dumb dentists who hog our Coffee Bean (another example of pranks!). Ah, the wonders of summer camp.

One of my favorite parts of summer camp if I had gone would be archery. I love arrows and bows.

Throwing frisbees around the School of Cinema is kind of the same thing though. They tell us not to throw frisbees or tripods, but that’s only a suggestion really. An education in cinema is what you make of it, really. And so is summer camp.

One time when I wasn’t at summer camp, I made an entire circus out of coat hangers. My mom was so mad when she found out, that I wasn’t allowed outside until later that weekend when they had finished spraying bug poison.

So at the end of the day, it’s like every day at USC is Summer. I see all my friends, I don’t have to clean the gutters, and I don’t cry myself to sleep like I did all those years ago when I was 16. 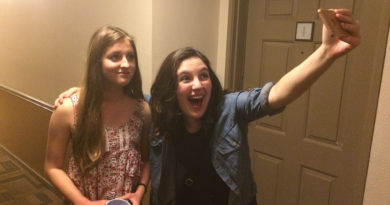 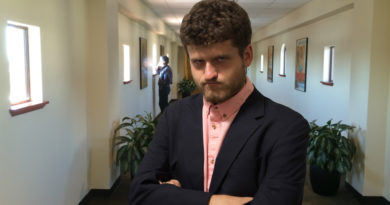