The university invited the ex-President as part of the President’s Distinguished Lecture series, one year after George W. Bush addressed scholarship recipients from the same stage.

After thanking President Nikias, the university welcoming committee, and “any Schwarzeneggers that may be in the audience,” Clinton’s speech exhorted the students attending USC on scholarship to think about their understanding of the world and how they can change it.

Said President Clinton, “With the technology the future will bring, all of you scholarship students will be able to change the world more than I ever could.”

Another prominent theme of the evening was identity politics.  “We must avoid dividing ourselves by race, religion, sexual orientation, or class,” he said to the audience of mostly elderly donors and a token number of hand-picked high-achievers seated on the third-story balcony.

Students were inspired to act by Clinton’s stories of improving health and hygiene standards in the Third World.

Sara Nielson, a freshman living on Birnkrant’s Full Ride Floor, commented, “I really connected with what he said about investing in public health for the needy peoples of the world.  Maybe some of my floormates can use the money we save not paying tuition to improve access to basic sanitation for those poor people in Trojan Hall.

Dean of Student Affairs Ainsley Carry responded to concerns about the scholarship-only invitation policy.  “We have space constraints, but it’s our hope that if we give priority to scholarship recipients, the speaker’s sage advice and world perspective will trickle down to the other students.” 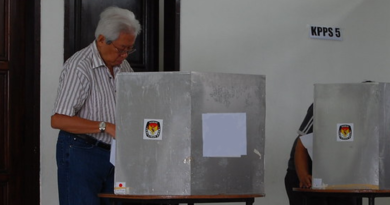