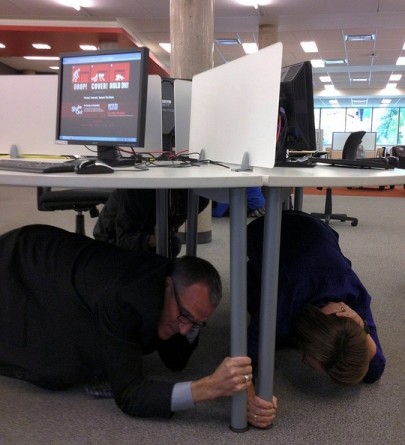 USC–At precisely 10:16am on October 16th, 2014, two great events in California state history coincided. The first was the widely enjoyed “Great Shake Out” earthquake drill, prompting everyone to hurl themselves beneath tables and chairs for a full minute.

“It was a shaking success!” reported head of safety and environmental affairs of the UPC Campus.

The other major event was the momentary arrival of extraterrestrials searching for intelligent life in the universe. The Yarglyxx, commonly called “Clicks” by space people, had arrived on Earth after traveling the universe for aeons.

The Clicks, in their quest to find intelligent life in the universe, had long heard of Earth and the magical beings it held, but upon arrival, they were disappointed to find helpless ground-dwellers too stupid to even use their own legs to stand.

“Larggnok Karmen Sandiego arddlectix mmmmmnmm (They all just huddled beneath their tables and held their arms over their heads, they could be obliterated in an instant by any means necessary)” reported the Click chief of humans as resources.

The Sack of Troy realizes Chief Garlogg can speak English and we regret the error.

But this does end on a happy note: USC students are now prepared for an earthquake and will definitely not just snapchat the experience and endanger their lives in the future. 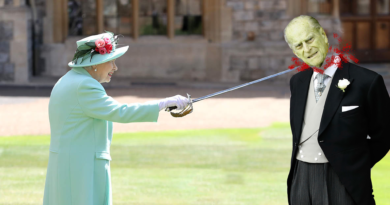 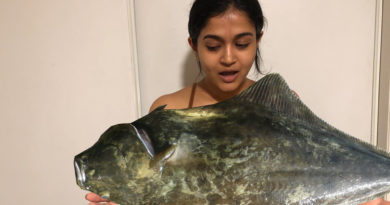