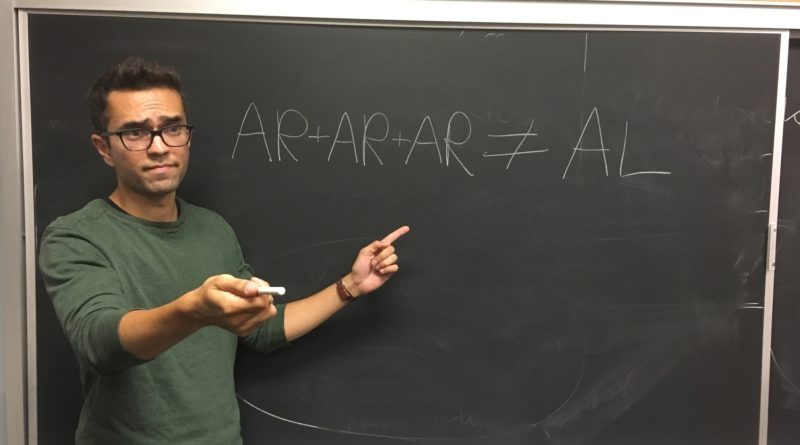 HARVARD, CONN. — After less than a minute of analysis, researchers have concluded that three “alt-rights” do not make an “alt-left.” Still, researchers are incredulous that they need an extended driving analogy to explain that supporting Nazis is bad.

Even with studies corroborating that, duh, you shouldn’t support Nazis, some people were not getting the analogy.

“What if I can’t take a right because I crashed my car flipping off those terrorists who think black lives matter?” asked resident uncle Rick Reed, who failed to grasp the concept of false equivalence.

After giving up on real science to explain facts, researchers instructed subjects to draw the difference between the “alt-right” and “alt-left” with crayons.

“The subjects in the study tried to draw Nancy Pelosi with horns, but they would only use the “white power” crayons, which are just white crayons that don’t show up on paper, so eventually they got frustrated, put a hole in the page, and started yelling about affirmative action,” said a researcher beginning to lose faith in humanity.

After picking up a nasty drinking habit, researchers devised another analogy.

“There are three little pigs building houses and the first pig is Donald Trump, and the house is made of gold because he can’t help himself,” began Williams, before continuing, “Okay, never mind, I can’t believe we’ve come back to this as a culture, I’m going to Subway for lunch and I’m not even going to enjoy it.”

At press time scientists were trying to create an analogy to explain the recent earthquake tremors caused by our ancestors rolling over in their graves.