USC INFORMATION TECHNOLOGY SERVICES — This week marks the annual return of USC students from Spring Recess, commonly referred to on campus as “Spring Break.” This Spring Break is repeatedly host to extravagant and “insane” parties of all kinds, on beaches, in hotels, and even ski slopes.

Amongst the returning students is USC’s WiFi Router, commonly referred to as “Wiffy” by ITS. Wiffy is said to have had one of the craziest Spring Breaks of his entire life in New Orleans. One of his closest friends, the KXSC Radio broadcast machine, reported that Wiffy was “completely wasted” the entire trip and “totally hooked up with another WiFi Router from UC San Diego.”

The KXSC machine remarked that he would have “definitely used [his] antenna with her if Wiffy hadn’t dropped his firewall first.”

Wiffy returned to campus on Sunday, still suffering from his escapade, an obvious fact for almost every USC student unable to steal WiFi from somewhere else. Students across the campus reported that both USC Wireless and Wireless Plus were all but defunct for “important school assignments.”

(The assignments included the following: Netflix, Facebook, BitTorrent, and Netflix.)

It can only be gathered that Wiffy will need to recover from his massive hangover soon, or the campus will fall into an Internetless chaos.

Once Wiffy is back on his feet, students should be able to expect their Internet streaming speeds to accelerate close to the levels of many third world countries. 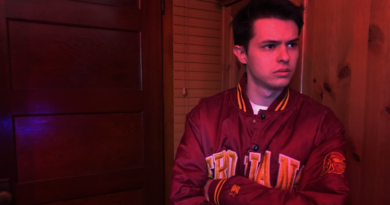 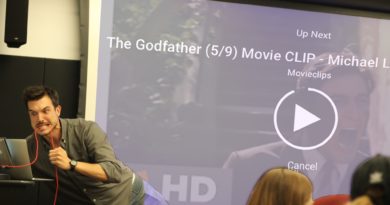