Responding to cries from parents following recent off-campus shootings, USC officials have announced a plan to dig a ten-foot deep moat around the periphery of campus.  Officials hope to fill the moat with either alligators, sharks, or a scientifically modified mix of the two, tentatively called ‘shalligarks.’

Along with the watery death-trap, officials plan to build a steel drawbridge for students to cross once they show their ID’s and recite a chant pledging loyalty to the university and a promise to be a good person at all times.

Critics of the project have raised concern that students might drunkenly stumble into the moat and be eaten by the shalligarks.  However, officials claim they are working on a system where the shalligarks would only eat “shady characters from the surrounding community, not students.”

Some students are angry at the moat and drawbridge claiming it would be ugly, ineffective, and could hurt relations between the local community and the university.  University officials addressed these concerns saying, “We understand people’s concerns, and we don’t particularly care.”

Along with the moat, the university is pursuing other safety measures to ease parent’s fears.

DPS has hired local shaman to burn incense at the corners of the campus to ward off evil spirits.

In the near future, USC hopes to build a replica of the robotic enforcer from the up-coming reboot Robocop. The film’s producers, many of which are USC alumni, think it would be a great way to promote the movie and keep the students safe.  The university is still testing the DPS Robocop, as recent prototypes possess an insatiable desire to kick ass and take names.

Sack of Troy investigators report that President Nikias also suggested draping the campus in a black sheet and building a sign claiming that the campus “is not here” accompanied by an arrow pointing towards the East.  This idea was scrapped after officials suggested it might confuse international students and their families. 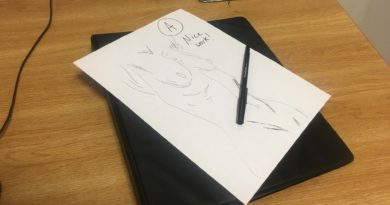 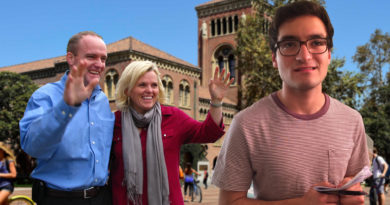