Letter from the Editor:

Greetings, wretched people of USC, and welcome to my wonderful publication, the Sack of Troy.  As the founder and editor-in-chief of the Sack of Troy, I would like to tell you how I became the supreme leader of this news organization.

It all started in the Glorious Democratic People’s Republic of Korea (Praise be upon the Great Leader Kim Il-Sung!) where I, Kim Yung-Ho, was a lowly district administrator in charge of distributing meager rations of rice to the proletariat.

One day, I found myself on the green of the Pyongyang-Hyusung Country Club’s golf course.  An errant golf ball hit me and bounced directly into the hole.  Right away, his majesty, the Eternal President of the Korean People’s Communist Party,  the Great Commander Kim Jong-Il, showed up.  It turned out to be his ball that I bounced into the hole.

We enjoyed a few lines of patriotic banter and shared a few chuckles at the expense of the starving masses, after which I jokingly suggested that we tell the government news bureau that he had gotten a hole-in-one on every hole.  What started out as a little joke led to my promotion from a lowly rice distributor to the General Secretary of the Korean People’s News Agency.

Under my authoritarian rule, the News Agency published many crowd-pleasers that distracted the North Korean peasantry from their daily misery, such as “Kim Jong-Il Invents World’s First Invisible Cell Phone,” “Study Finds North Korea is Happiest Country on Earth,” and (this one makes me laugh just thinking about it) “Rice Production at All-Time High.”  We even got the fascist Westerners to believe that we didn’t already have nuclear missiles.

My life was filled with joy, 100 concubines, enough rice to feed a small army (of ants) and weekly meetings with the Supreme Leader. I even had a free season pass to KimWorld.  That is, until December 17, 2011, when the Supreme Leader died and his son, Kim Jong-Un, assumed power. It was not a secret among party elites that Kim Jong-Un hated me because he was jealous of the amount of time I spent with his busy father.

I was woken that morning by one of my minions who warned me that if I didn’t flee the country, I would be sent to North Korea’s worst prison camp, the Number-One Happy Myunbong Re-educational Camp,  where I was sure to die a gruesome death.  I tipped my loyal minion with a few grains of rice and made haste to flee the country.

My News Agency had published many articles about the lack of human rights and totalitarian regime in the United States, so when I landed in Los Angeles, I feared for my life.  I had read about the horrible prison camp for unwelcome foreigners from the East, Gwan-Tan-Mo, and was afraid that I would die there at the elderly age of 45 without ever seeing my 100 concubines and 395 kids again.

I attempted to make my way through enemy territory to meet up with other exiled North Koreans in the district known as Koreatown, but without an automobile, travel was difficult.  I was forced to use public transportation, which in this city is even more dilapidated and shabby than in Pyongyang.
My worst fears about America were confirmed as I rode through South Central, seeing the indigent American masses and their disgusting hovels.  No doubt they were impoverished by the greedy capitalists who control the country.

Being unfamiliar with the city, I saw many people walking around who looked like they could be fellow North Koreans, and disembarked at what I later discovered was USC.  I was starving at this point, and one of the local plebeians directed me to a palace of fine dining where the food flowed without limit.  They called this paradise “Parkside” (In my country we would have renamed it Kimside, but I was in no place to question what I found).

This was the first time I had ever seen so much decadent, delicious food.  Now it is clear to me why all Americans are as fat as the great and powerful Kim Jong-Un. I decided to stay here for as long as I could.

I eventually became a student. Since I had spent years in charge of one of the world’s most respected news outlets, and saw that the standards held by the existing news outlets at USC were so poor that in North Korea they would be treated as satire, I, along with my trusted colleagues, decided to found a genuine, unbiased, fact-driven news source at the university.  I changed my alias to Axel Hellman, so that no one would ever think that I was North Korean, and began my work.

And so I give to you, unwashed commoners of USC, the Sack of Troy.  Enjoy. 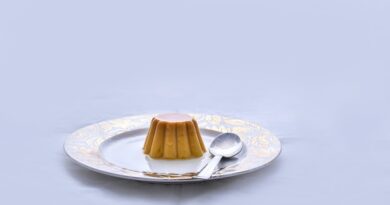 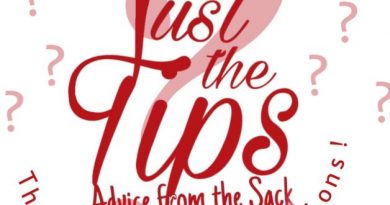 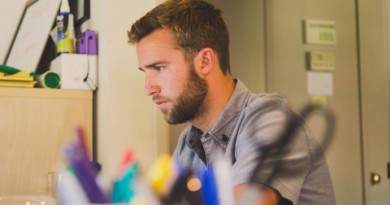