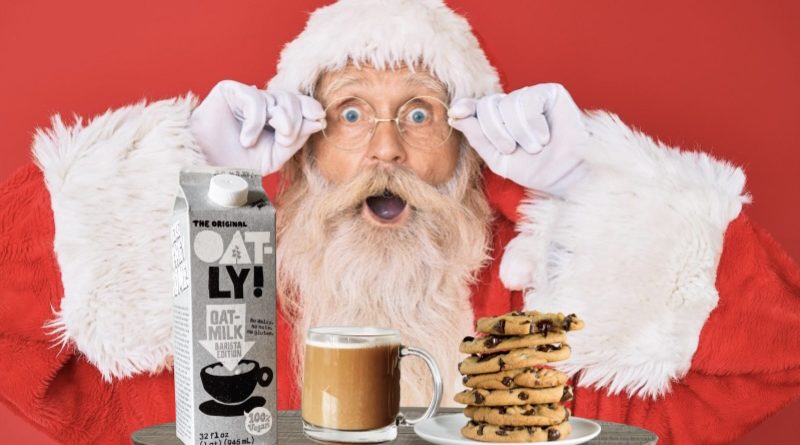 LOS ANGELES, CA – In light of the upcoming holiday, children across Los Angeles County have banded together to charge Santa an additional $2 for oat milk with his cookies this year.

Santa Claus released in a statement preceding the holiday season with his updated dietary restrictions and preferences. “Unless I’m in Europe, where the milk is just better, please leave alternative milk. Oatly is barista standard and my preferred drink of choice, but I can also stomach almond milk.”

Toddler Audrey Nelson expressed her concerns while sitting in a child’s shopping cart seat at Erewhon playing with a Barbie doll. “I know Santa prefers dairy free alternatives because milk makes his tummy hurt. But oat milk costs more moneys and if I don’t get that pink Mercedes G-Wagon like Mommy’s under the trees, I’ll have to use my piggy bank!” Nelson then proceeded to throw a temper tantrum after her mother refused to replace her Horizon chocolate milk with the Hailey Bieber smoothie.

In addition to milk and cookies this year, many children have resorted to leaving out packs of Lactaid for Saint Nick if he refuses to pay. “Look, I know that oat milk is the default milk at Blue Bottle now,” said precocious seven-year-old Polly Kingston, “but it still costs $0.80 extra and I need to make sure I can afford my Barry’s classes next month because my allowance won’t cover all of it. That Red Room and HIIT workouts have gotten me in shape!”

One of the leads behind this initiative is 12-year-old Chandler Williams, who recently discovered the deep-rooted evil nature of capitalism through Reddit. “So what if I still believe in Santa? I also believe that Christmas is a capitalist holiday that worships commercialism and ensures corporations can continue to prey on the bourgeoisie. It’s so not based!”

In response, Santa is threatening to avoid Los Angeles altogether. “If those kids think they can be Grinches with me this year, maybe I’ll forget to check my list twice this year for those rascals in Echo Park and leave coal in their stockings. Let’s see how those liberal crybabies take that nonrenewable energy source!” 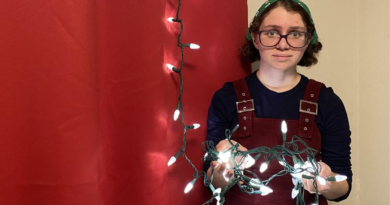 Local Teen Can’t Wait To Get Into Christmas Spirit By Decorating Room, Being Hit With The Realization Another Year Of Her Life Has Flown By With Nothing To Show For It 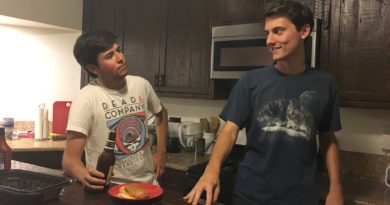