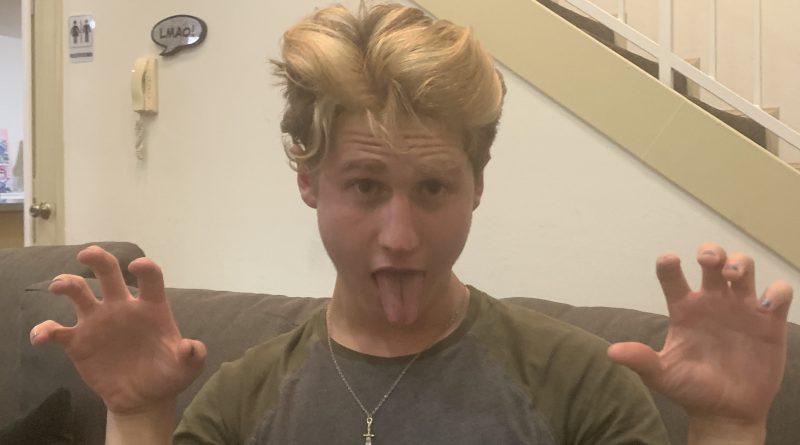 The local 19-year-old, who is well known among the ladies for his love of thrifting, chipped black nail polish and proper usage of ‘He/Him/His’ pronouns, announced the news of his participation in the furrydom on Twitter last Thursday.

“Whaddup fam, I want all of you to know that I am a furry and my fursona is a golden retriever. I am incredibly proud to be saying this and to have arrived at this chapter of my life. Woof!” Turner tweeted.

Turner’s canine journey started when he purchased his first collar at a Spencer’s Gifts this past winter, though he has since signed up for the members only Petco Pals Rewards Club to get first dibs at the highest quality leashes and muzzles. By coming out as a furry, this “Golden Retriever Boy” is working to normalize dressing, socializing, and breeding as an anthropomorphic dog.

This is not the first time Turner has used his social media platform for good. In the summer of 2020, the local furry became a catalyst for change by reposting Canva infographics regarding the cancellation of Keeping Up With the Kardashians to his Instagram story.

As a furry, Turner is part of a diverse community of writers, artists, and sexual deviants. Turner has chosen a golden retriever ‘fursona,’ the personalized animal persona crafted by each furry. Turner has a history of being unfaithful towards his past girlfriends and has not picked up a book since his 7th grade English class read To Kill a Mockingbird, thus he has chosen the golden retriever due to the breed’s loyalty and intelligence.

When asked his opinions regarding famous anthropomorphic animals, such as Zootopia’s Nick Wilde and Beverly Hills Chihuahua’s Delgado, Turner smiled and wagged his clip-on tail. “They’re just like me. Fur real,” Turner said between growls.

“I’m so happy to finally be my best, most authentic, most animalistic self,” barked Turner while zipping up his fursuit. “And to check off the last act of the Rice Purity Test.”