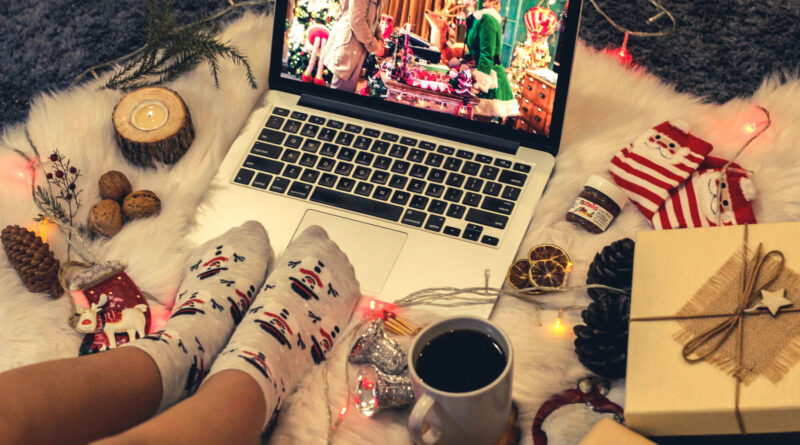 Nothing makes us feel more festive than a heartwarming TV movie during the holiday season, and the Hallmark channel has cornered the market on these films! In fact, some of these TV classics will make you so cheery and bright that you’ll want to end it all! Here’s the Sack of Troy’s 2021 selections for Hallmark movies that will make you want to die this December:

When ambitious businesswoman Mackenzie (played by USC’s own Olivia Jade’s mom Lori Loughlin! Fight on!) inherits her aunt’s rundown old inn, a local hunky handyman and a cheery magical elf — a combination of friends that could make anyone’s heart grow three sizes! — convince her to fix it up and open the inn just in time for the holidays. Plus, she discovers the true meaning of Christmas along the way.

This film will make you feel disgustingly poor and will also remind you that no matter how hard you try, none of your aunts will die and leave you a grand hotel worth millions of dollars in her will. They might leave you with the big wooden bookshelf from grandma’s house, though. Consider committing suicide to Northpole: Open for Christmas this holiday season!

When big city lawyer (and terminally single!) Noelle moves back to her rural hometown of Assville, Indiana to help her parents take care of the family cat farm, she finds love in a surprising place: in the arms of local smokin’ hot toymaker Nick, who has a big secret. The secret? The mysterious and salacious Nick is Santa himself! Plus, she discovers the true meaning of Christmas along the way.

This December, let the feeling that you’ll never be able to experience the love and warm touch of Saint Nicholas himself wash over you as you watch Santa, Baby. Let go of your hope beyond hope that you’ll be able to know the soft touch and careless whispers of Father Christmas for yourself, and take your own life to this Hallmark classic!

#3: Christmas At The Palace

Professional figure skater Katie is hired by King Alexander of the fictional San Senova to coach his daughter for an international Christmas ice skating performance. As Katie coaches the princess of this small nation in preparation for a major, world-renowned figure skating competition, a romance with the king begins to blossom, and she learns a valuable lesson about the true meaning of Christmas along the way.

If you’re looking for a Christmas movie that will make you feel single and alone, unbelievably un-athletic, and so far removed from royal wealth that you couldn’t even imagine hanging out in Cinderella’s castle at Disneyland this time of year, much less in a real royal residence, look no further. Let the crushing debt from your student loans wash over you and feel the harsh loneliness of your failed relationships consume your being — if you want to swallow your whole bottle of Zoloft this December, consider watching Christmas At The Palace!

Nomadic architect Taylor finds out that she’s supposed to receive a big promotion, but her life is turned upside down when she is forced at gunpoint to take part in an upcoming gingerbread house-building competition and she meets bakery owner and single dad of ten Adam. As she juggles the completely comparable struggles of holding down her seven-figure architecture job and a gingerbread house decorating contest, Taylor discovers a few things about herself — and she discovers the true meaning of Christmas along the way.
If you’re looking for a film to simply make you lose your sense of self as you become consumed by the chaos that is infinitesimal pieces of gingerbread weighing down upon a young architect, this is the film for you! Consider taking your toaster into the tub with you as you enjoy A Gingerbread Romance!

#5: A Creature For Christmas

Single dad Ricky is trying to balance managing his bakery, raising his adorable daughter, and looking for love at Christmastime when his life gets turned upside down — by a tiny furry monster from another planet! See Ricky learn valuable lessons about family, romance, as well as what it truly means to stand out from the crowd — all as he’s terrorized at home and in the workplace by a horrible little disease-ridden gremlin from outer space! Plus, he discovers the true meaning of Christmas along the way.

A Creature for Christmas will make any Hallmark viewer realize that they need to learn some lessons about love and family from a fuzzy goblin for their own life! Once you realize that you yourself can never experience the wisdom passed on by this tiny creature, the unknowable morals that no one in the known universe can teach you other than this little gremlin — you’ll surely want to end it all and meet your cold and unforgiving maker this holiday season!

Thumbnail by Samira Rahi on Unsplash