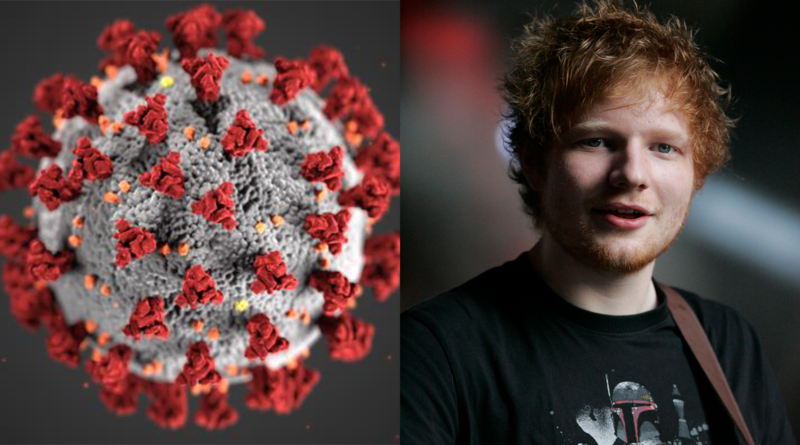 SUFFOLK, ENGLAND — Expressing regret that it hadn’t taken precautionary action against the singer-songwriter, the Coronavirus announced today that it had tested positive for Ed Sheeran.

“I know this will disappoint the many fans around the world who wanted to meet me, but I’ve decided to cancel all public appearances until further notice,” said the virus in a Twitter statement, adding that it started self-isolating as soon as it felt unusually corny.

“It’s tough, but it’s the least I can do to make sure I don’t infect anyone with trite lyrics and uninspired melodies.”

Following the announcement, public health officials stressed the importance of preventative measures. Said CDC Director Rochelle Walensky, “We strongly urge everyone to avoid engagement ring commercials and their local American Eagle, as these are sites where the risk of transmission is especially high. We also urge everyone to boost their immune systems by exposing themselves to small doses of [Ed’s] music, through ringtones or stripped-down YouTube covers where you can clearly hear the singer’s parents arguing in the background. These treatments are safe and effective- but count on spending a couple days bedridden.”

“Hopefully this is a wake-up call for all the people who believe that Ed Sheeran is a hoax, or that contracting Ed Sheeran is only as bad as the seasonal Weezer bug. If we all work together, I’m optimistic that we can totally eliminate Ed Sheeran by 2023.”

The announcement comes just days before Coronavirus was supposed to release its newest variant, Θ, which will feature collaborations from other well-known diseases such as Malaria, Tuberculosis, and John Legend.