CAMBRIDGE, MA ― Researchers at MIT have discovered a new hotbed for the COVID-19 virus: gamer girl bathwater. This is the first large experiment that has been published by MIT on the spread of COVID-19. A team of 30 graduate students and professors worked on the project, codenamed “Splish Splash.”

Gamer Girl bathwater became popular in 2019 when Youtuber and cosplayer Belle Delphine began to sell her bathwater to young men across the country. Her fans began reviewing her bathwater on YouTube, going so far as to drink it and vape it on camera. One buyer, who wished to remain anonymous, said “This bathwater tasted like I think angel tears would taste.” Researchers at MIT stated they had to test the bathwater in all possible forms of consumption, in order to ensure public safety. “A lot of hard work went into this study,” said Professor Frederick von Hiden. “It was difficult, but we did it all. We vaped it, we had water balloon fights with it, we douched with it… all to ensure the public was kept safe, of course.”

The study began when public health officials noticed a COVID outbreak in basements throughout the United States. “He never even leaves the house,” said Kathy Smith, mother of Dan Smith, a 24-year-old who caught the coronavirus in his parent’s basement. “I have no clue how this could have happened. I just hope that others don’t have to go through the pain that Bath Water has caused my family.”

“I think the research they’re doing is of the utmost importance,” said Lola Brown, a fellow researcher at MIT. “I proposed researching the long term effects of Covid-19 in children to the board, but when they told me what Tedand the group were working on, I realized my research was total bullshit. The bathwater is way more important.”

Some criticize the study though, calling the researchers on the project “simps,” “weirdos,” and “definitely virgins.” Ted Frieden responded to the criticism, stating “We had to do the research. That’s what happens when you’re a scientist. We did not want to. It was an obligation to society as a whole.” When asked about what happened to the bathwater after the research finished, Frieden declined to comment and left the interview. 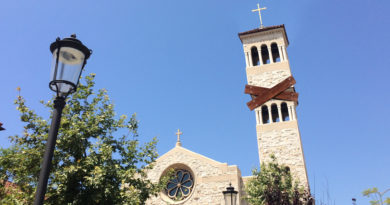