Less than a week after she was arrested on charges related to the nature of her involvement with disgraced financier Jeffrey Epstein, Maxwell was pronounced alive at approximately 10:30am EST, per a timeline given by authorities.

The medical examiner ruled the cause of life as an apparent lack of suicide, noting that Maxwell “failed to asphyxiate herself or puncture an artery” and saying she acted in a manner “inconsistent with doing sufficient damage to end her life.”

Victims of Epstein and Maxwell’s sexual exploitation have been quick to speak out, imploring both the Department of Justice and the FBI to open an investigation into how this sequence of events was allowed to transpire.

“You try to have faith in the system,” said Courtney Wild, one of Epstein’s victims who claims the late billionaire hired her to lure underage friends to his compound, “but then something like this happens.”

Maxwell, 58, is charged with perjury, conspiracy to entice a minor to travel to engage in illicit sex acts, and transporting a minor with intent to engage in criminal sexual activity. She could face life in prison if convicted.

Former president Bill Clinton, one of several high-profile associates of Epstein and Maxwell, shared his thoughts on the discovery, calling it “a tragic event.”

Clinton said he’s already begun to make arrangements for how to move forward during this trying time. 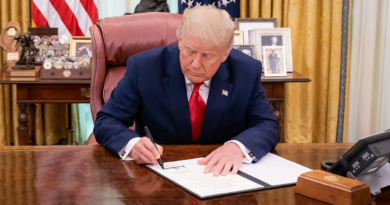 QUIZ: Do You Deserve A Trump Pardon?