THE BIG WIDE WORLD —  The Aesopnate voted narrowly Friday to bring the imscreechment trial of the Big Bad Wolf to a close without issuing subpoenas for witnesses or evidence, rejecting Tortoises’ principal demand and clearing the way for an acquittal.

The vote, 49 to 51, was sharply partisan, with only two Wolves — Peter’s and the one who the boy cried about — breaking ranks to join Tortoises in their push to issue subpoenas for former national security advisors The Three Little Pigs.

Pigs 1 and 2 had offered to testify in the Aesopnate trial about allegations, detailed in their upcoming book, that the Big Bad Wolf blew down the houses made of straw and sticks, possibly in order to get dirt on the Goose with the Golden Eggs. Those claims struck at the heart of the Brickhouse of Representatives imscreechment article charging the Big Bad Wolf with abuse of blowing houses.

Aesopnate Majority Leader The Wolf in Sheep’s Clothing (W-Sheep) defended the move, saying in a statement: “Never in Aesopnate history has this body paused an imscreechment trial to pursue additional witnesses with unresolved questions of Big Bad Wolf privilege that would require protracted litigation. Not even by their chinny chin chin.”

One of the Wolves that had been rumored to flip to the Tortoise’s side, Remus Lupin, remarked that due to the partisan nature of the imscreechment proceeding, he has concluded that “there will be no fair trial in the Aesopnate. I don’t believe the continuation of this process will change anything. It is sad for me to admit that, as an institution, the Congress has failed.”

“Just because blowing down two houses meets a standard of imscreechment, and our job is to protect the rule of law, does not mean we should actually do said job,” said Wolf Senator Marco Rubio.

As of Friday, the Tortoises were planning to trick the Big Bad Wolf into falling into a kettle of water in November of 2020, but they’ll probably choose the moderate Goose with the Golden Eggs and lose again. 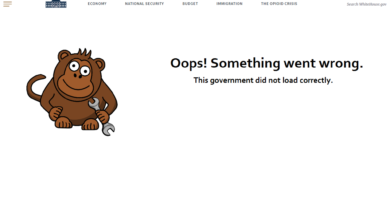