LOS ANGELES, CA — A team of scientists gathered at the University of Southern California on Tuesday to deliver an address about the catastrophic effects of climate change. They forewarned irreversible acidification of Earth’s water supply, a total collapse of the food chain, and video games that are not as good as they used to be.

“We’re not the only ones facing an alarming rise in sea levels,” said Dr. Sean Hafer, sporting a surprisingly tasteful Donkey Kong tie. “Ground-type Pokémon are on the brink of mass extinction. Hyrule’s best dungeons will be nothing but Water Temples.”

“SimCity, Guitar Hero, Nintendogs –” Hafer paused with the harrowed look of a man who’d been called gay and stupid by a rad pre-teen who banged his mom. “We only have nine years before every last video game is plagued by shitty underwater parts.”

The crowd was thrown into an immediate panic, during which the student body lost seven lives and all its most valuable mining resources.

Attendees tore up the room looking for items to increase their survival EXP and looting each other for gold. Some students were seen speaking respectfully to each other in search of flood prevention sidequests, while other, much cooler students were seen teabagging like it was already game over.

The pandemonium quickly subsided when Hafer pointed out a comforting silver lining: “On the bright side, at least all the shitty ice levels are melting.” 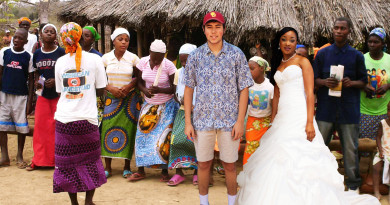 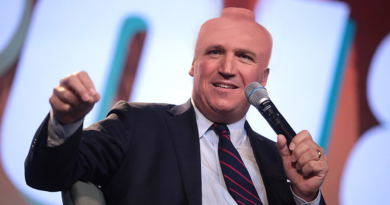