WASHINGTON DC — A recent public event in the Rose Garden was cut short when a swarm of bees suddenly attacked President Trump. Attempts by the Secret Service to help were curtailed by Mr. Trump who insisted that he was doing “absolutely fantastic.”

“This is all exactly what I wanted and I couldn’t be happier with how it’s turning out,” shouted Trump through the thick cloud of bees surrounding him. “I’ve never been better, I’ve never had a situation more under control, and anyone who says otherwise is a liar.”

“People just stood by in disbelief,” claimed witness Ana Wright, “You’d think after the first couple of stings he would have tried to get away, but he just kept insisting he was great; or at least that’s what it sounded like. His tongue was really swollen.”

At a press conference the next day, Dr. James Hooley, the president’s physician, said that he was “doing remarkably well for a man stung by hundreds of bees, and has already flown out to Mar-a-Lago to take another crack at the back 9.”

When asked about the event, Mr. Trump, covered in sting cream, answered, “Listen, nobody is better with bees than me. Bees love me and I love them. And did you hear about this? New world record for most bee stings: me. It was the most bees anyone had ever seen. Nobody could believe it.”

The record is actually held by Australian Johannes Relleke, surpassing Trump’s stings by more than double, according to The Guinness Book of World Records.

Sean Spicer, later that week, denied that Mr. Trump had ever had any contact with bees. 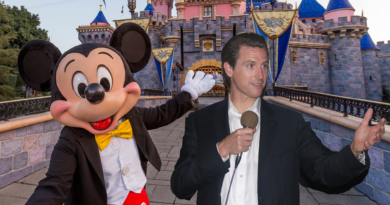