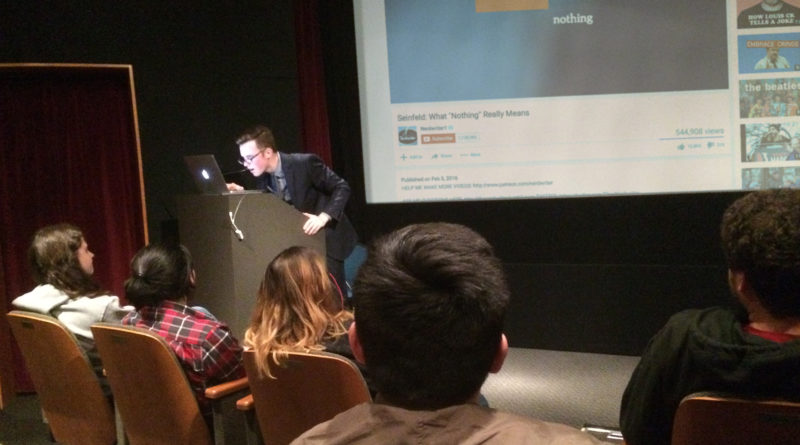 USC — Particle physics professor Steve Karim has a PhD in Quantum Theory. He understands nearly everything about the universe, except how to play a simple four-minute video on the internet.

Students in Karim’s class were delighted to see the video link during one of his excruciatingly long presentations. Their excitement quickly turned to annoyance when they discovered Professor Karim did not understand the concept of a hyperlink. Their faith in him diminished as he copied the link from his PowerPoint, opened Internet Explorer, and pasted the text.

“I thought that would be the end of it,” commented senior Hazel Mortimer, “but it was just the beginning. Dr. Karim teaches an entire course on sound waves, but he can’t figure out how to make them come out of the speakers.”

Karim defended his ignorance: “I generally find the YouTube frivolous. No one seems to understand the gravity of our modern world. Except the young men who do those iPhone drop tests.”

Professor Karim may have been a MacArthur Genius, but he was still a MacBook idiot. Thankfully, one phone call, two underpaid TAs and 15 painful minutes later, the video and audio simultaneously began playing.

The students then coaxed the professor toward the bottom of the webpage, where he could make the video full screen. A few false starts later, he succeeded. The whole class broke into cheers.

Students later confessed that they were unable to concentrate on the video because their attention was on the bottom of the screen, where his cursor remained hovering over the controls.