HOLLYWOOD, CA — With the release of Magnificent Seven and Ridiculous 6, Hollywood is headed towards a near-catastrophic depletion of adjective-number combinations.

“It’s a real problem, you know,” stated Hollywood director Quentin Tarantino as he sips on a mocha frappucino. “People think making movies is all fun and games. Well, it is, but then you get to the title, and the industry is simply running out of options!”

Tarantino isn’t the only person that this has affected. Writers, producers, and directors everywhere are in a state of panic.

“I mean, geez, what’s a writer to do?” exclaims Chris Morgan, writer of Fast Five, The Fast and the Furious 6, Furious 7, and Furious 8. “I’ve made my living off of this trend. How am I supposed to provide for my family when these thieves are stealing all of the good titles?”

Mathematician and avid Hateful Eight fan, Daniel Alabaster, has projected that every year the film industry loses around five adjective-number movie possibilities. “The F’s are pretty much out for the count,” Alabaster states. “It’s only a matter of time before all alliteration is out the window. Titles like Serious Seven, Terrible Twelve, and Ornery One will probably be gone within the year, especially now that I’ve mentioned them.”

Some producers are even calling for the US government to come up with new numbers, and several have reached out to Merriam-Webster with suggestions of new adjectives for the dictionary.

Hopefully this issue will be resolved soon so producers and writers alike can go back to expressing themselves in new and inventive ways, by all using the same format, to tell the same stories, about the same white people and their white problems. 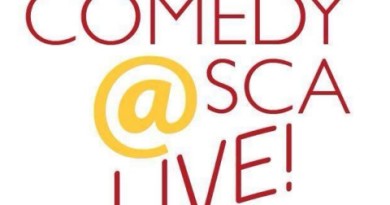