In a troubling technical glitch, USC’s Information Technology Services reported that the university’s solitary WiFi router, constructed in 1979 as a secret information-sharing device by the Soviet KGB, failed to successfully upload a small video file to YouTube this past weekend.

The router, which controls both the workloads for the popular WiFi networks “USC Wireless” and “USC Wireless Plus,” began experiencing issues Friday evening as a selection of sorority girls numbering in the upper single digits began simultaneous uploads to the popular Instagram application.

By Saturday morning, tower units шесть and девятнадцать began to experience power failure. By Saturday evening, hopes for a successful upload were all but lost.

The router, which is slightly larger than those of today, is housed in an underground complex beneath the Doheny Library, spanning the area of about one city block. Large fans are required to operate at all times to keep the towers cool during times of high web traffic, especially 4pm and 10pm.

The router was discovered by C.L. Max Nikias at a garage sale in Novosibirsk just before his tenure at USC began. He is proud of his investment and champions the WiFi router as a “glimpse of the future.”

ITS released a statement saying that they would attempt to have things working again as soon as possible following the upload debacle. The student who attempted the upload to Youtube, a critical studies major in the School of Cinematic Arts, said he wasn’t too worried: “Normally I would just use the Ethernet cable. WiFi is still a very new technology for the United States, so I can deal with a few glitches here and there. I was just trying it out for fun, to brag to my friends back home.”

The sluggish WiFi speed at USC has been attributed to a number of factors, including overuse of the system by smartphones, difficulty transferring signals through USC’s entirely brick campus, and the fact that USC’s WiFi just sucks. It’s terrible. We all hate it. So much.

In a special interview with The Sack of Troy, Tech Support was able to speak to their own roadblocks with the system: “None of us can read Russian.”

Critics have pointed out that issues stem from the fact that the router is a Cold War era weapon – over thirty years old – but this theory has little evidence behind it. Technology does not change very much over only 30 years.

C.L. Max Nikias has reportedly begun looking into newer WiFi routers for the campus, some of which are smaller, faster, and were made in the United States for reasons other than maintaining communication in the event of a nuclear holocaust. However, for the time being, USC students will continue to use their cellular networks for everything. 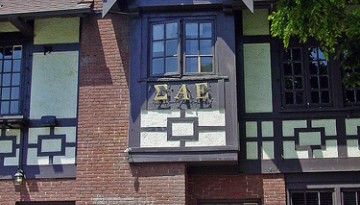