Last semester, Johnny ‘Foosball’ Burgess, a freshman hippie punching major, stumbled upon a shocking, mysterious event.  He told reporters that he witnessed  “a bunch of people running around.  I assumed there was a football practice or a race riot.  Either way I wanted to check it out.”  What he saw, surprised him beyond belief.

“It was unlike any football practice I had ever seen,” said Mr. Burgess.  According to him, the athletes wore t-shirts and short-shorts instead of the regulation football pads and helmet.  In lieu of a pigskin, the participants threw a circular white ball over a thread ‘net,’ similar to one in basketball, but stretched across the field.

“Why they didn’t just grab the ball and run for a touchdown is beyond me,” said Mr. Burgess.  However, the most surprising element of the practice, were the athletes themselves.

“They had vajajays!” proclaimed Mr. Burgess, “it was like the song girls ripped off the uniforms and started playing. It was incredible.”

Mr. Burgess questioned local on-lookers and learned that the game was a football variant called ‘volley-ball’ in which there is no tackling, no punting, and very little grabbing the opponent and driving them into the turf like the cowering worms they are.

“At first I was like, ‘wait so these student athletes aren’t technically football players?’ It was all a little overwhelming”

Adding to his confusion was the presence of former USC football coach Lane Kiffin. Mr. Kiffin was reportedly dressed in a dirty trench coat. Unlike his stint as the Trojan’s football coach, Mr. Kiffin displayed a lot of enthusiasm for the ‘volley-ball’ event. “He kept cheering and offering advice for the participants, usually concerning the length of their shorts,” explained Mr. Burgess.

Just as Mr. Burgess was getting the hang of the new football rules, the game ended, with USC winning 25-21. Before Mr. Burgess could leave, the two teams played another game and then another. “They played two more games even though time had expired, which I think was ballsy.”

Asked if he’d attend another ‘volley-ball’ game, he responded “sure,” but added “if I don’t have class, homework, club meetings, internships, scholarship applications, fraternity duties, a football game, or a date to go to, I’ll definitely return.” 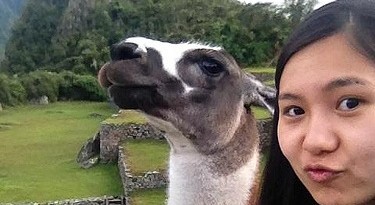