Above: Kim (center) and his uncle Jang (right).  Photo by zennie62

In an exclusive Skype interview with The Sack of Troy, a spokesman for the regime of Kim Jong Un offered shocking insider information on the internal debates that directly preceded the purge of Jang Song Thaek.

“The Glorious Leader called his closest advisors together, including Jang, for an important meeting of state,” relayed Pak Chang Ok, personal aide of the DPRK Minister of Foreign Affairs, Pak Ui Chun.

“He cleared his throat and stiffened his spine, and announced that the time had come for an example to be made. The stone-faced ministers and officers stood, unmoved. But then Jang, Kim’s uncle and patron, stepped forth, and volunteered himself.”

So began the flurry of events which culminated in the public execution of Jang, hailed by many in the international community as evidence of dangerous levels of infighting and instability within the North Korean regime.

But despite eager comparisons to Stalin and Mao’s brutal consolidations of power, Jang’s testimony suggests that the recent execution has more to do with flawed conceptions of world politics than with any previously unknown power struggles in the Hermit Kingdom.

“The Glorious Leader, in the hours before the execution, came to me and had me detail certain strategic notes for placing in the annals of Pyongyang,” Jang continued.

He then explained how Kim executed his uncle by feeding him to a pack of 120 starving dogs.

“I asked why it had to be 120 dogs. How could so many dogs eat a single person at once? A human body is only so big! Another aide took me aside and hissed that if I continued asking questions, I risked being fed to the dogs too. He then explained that there would only be 12 dogs, as Pyongyang did not have enough dog-catchers to provide any more.”

Pak continued to detail Kim’s apparent restlessness bordering on insanity: “But when our colleague reported this to the Glorious Leader, Kim ordered the man executed and declared that at least TEN times as many dogs would be necessary to instill fear. So I stopped asking questions.”

But the revelations did not stop there. Apparently, Kim Jong Un ordered the execution not in response to internal unrest or factional infighting but to a series of atrocities around the world completely unrelated to North Korea.

“The Glorious Leader told me that he was concerned that his status in the eyes of the world as a terrible dictator and oppressor of human rights was slipping.”

“He told me that after he met with his childhood idol Dennis Rodman, intelligence reported to him that some in the West were coming to the conclusion that the Dear Leader would pursue integration with South Korea- False Korea- out of a desire to see his childhood fantasies of North Korean professional basketball realized. Such a portrait could not be more humiliating.”

“It did not help the Dear Leader’s pride,” Pak explained, “that wars grew more brutal across the Middle East, Africa, and Central Asia over the course of the year.”  He explained the unique task of Kim’s personal ‘Ideological Intelligence (II) squads: “They followed the Syrian War closely- after all, anything involving WMDs is of strategic interest to our security- and after the revelation broke that chemical agents were used on civilians, it occurred to them that the Glorious Leader had never used his nuclear weapons on his own countrymen. This was the headline on their subsequent report.”

“And when that rebel leader ate the heart of a dead regime soldier, our master wailed for days that he had never tasted human flesh. We all offered up our fingers and toes, but he refused- he was convinced that voluntarily-offered flesh would be too soft, not tough enough.”

“‘Around this time the news broke that Putin was cracking down on pretty much everyone in the area around Sochi. The Dear Leader boasted his determination that if ever North Korea hosts an Olympiad, there will not be a blade of grass left standing anywhere in Northeast Asia.” When pressed, Pak said he was unsure of when this will happen, but was confident it would occur in his lifetime.

“But the final straw came when The Glorious Leader heard that the Muslim rebels in the Central African Republic were throwing children into rivers full of crocodiles. He realized that his reputation as the world’s most merciless figure, the symbol of pure evil, was in jeopardy.”

“If anyone, especially some nameless African rebel, were to surpass the cruelty of Kim Jong Un and attain this rank, how could our protector possibly expect to maintain legitimacy among the Korean people? The Dear Leader’s divinely-inspired conclusion was that sacrifice is a necessary tragedy for the state, so with heavy heart he condemned his uncle to the dogs.”

Pak now appeared disillusioned, as though the whole affair were simply a meaningless spate of drama and violence. “My biggest regret is that the dogs got to eat him,” he said. “My family back home is starving, along with hundreds of thousands of other families. The least the Dear Leader could have done was alleviate a few people’s hunger instead of favoring the dogs, in this famine.”

As the interview with Jang concluded, and the North Korean official sobbed quietly into his sleeve, he was suddenly grabbed from behind by several men in uniform and dragged away, while multiple blows to the computer screen with the butt of an AK-47 Kalashnikov ended the interview prematurely. 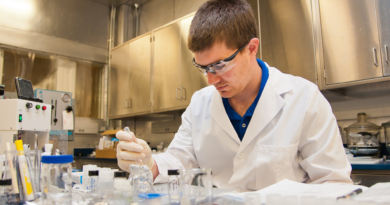 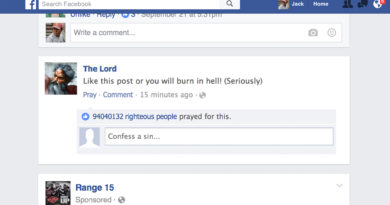