NEW YORK, NY – In a bombshell news conference, Pfizer spokesperson Malia Wexler confirmed that their coronavirus vaccine was simply a vial of the true spirit of Christmas

Wexler clarified that while the spirit within the vaccine was Christmas-centric, it is relatively safe for people of all religions to take. Trials have found short term, minor side effects such as hearing bells and having urges to wear excessive amounts of red flannel.

“This means a few things. Firstly, Santa Claus is already immune and can make his deliveries without being a superspreader. Secondly, the vaccine must be refrigerated at an ultra low temperature in order to replicate the conditions of Santa’s workshop at the North Pole.”

Since the press conference, members of the public further back in the immunization schedule have been attempting to recreate the effects of the vaccine by binge watching Holiday movies, chugging eggnog, and snorting pine needles. Marcia Lydell, mother of four, told Sack that she has had the Hallmark channel playing on every screen in her house for the past four days. “My kids are now begging me to move to some small snowy town named Jingle or Holiday, but it’s worth it for the antibodies.”

Fox News pundits have sharply changed their tune from criticizing the vaccine, to now saying anyone who does not take “is a militant terrorist in the war on Christmas” 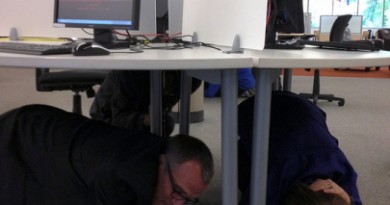