These days in America, it seems like everyone’s got to be a  “criminal.” The media just loves throwing that label at every straight male who’s made a slight mistake in life, and to be perfectly frank, I’m sick of it.

All President Trump did was ask for Ukraine and China to dig up dirt on Joe Biden and his son that could potentially be used against him in the upcoming election. I’m sorry, is that a crime? All I did was run over a nondescript hiker on the Pacific Coast Highway and keep driving like nothing happened. What, is that also a crime now?

The liberals are so obsessed with impeachment, it’s like they’re desperately grasping for any shred of info they can call evidence. Trump literally threatened to withhold foreign aid to Ukraine in order to get them to investigate the Bidens. People are saying that fits the legal definition of extortion. Okay, well when I hit and killed that hiker five years ago, I was driving drunk with no headlights and going 90 in a 55. So I guess now they’re going to say that my actions violated California Penal Code 191.5a, which clearly outlines that Gross Vehicular Manslaughter while Intoxicated is punishable by 4–10 years in state prison? Huh? Is that what they’re going to say when they find out what I did?

What kind of twisted nation have we become, where we can accuse someone of a crime just because they did a thing that was federally illegal? I’ll tell you one thing – if they want to investigate President Trump, they’re going to have to investigate me too, because I killed a man with my car and did nothing about it. And by lord, I deserve a swift punishment. 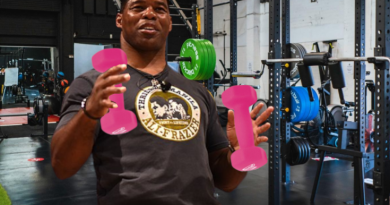 Herschel Walker Hits the Gym to Train for Runoff 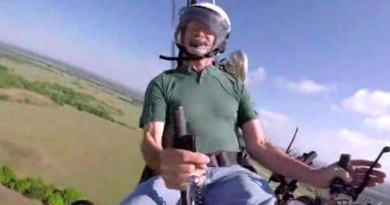