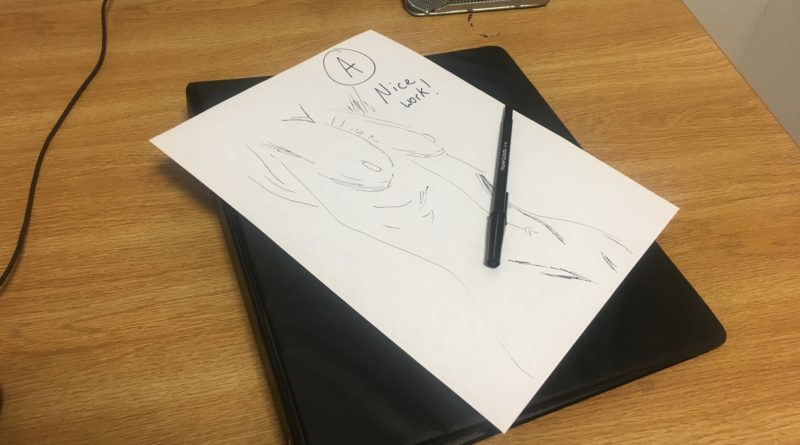 Before he pursued an art major, Sava kept himself too occupied with distractions of the lewd variety, to the point that he became unable to focus on anything else. When his roommate got tired of it and made him attend his classes, he kept it up by drawing inappropriately stimulating images in his notebooks.

“To be honest, I find his focus on nude figures a tad concerning, especially when we have models come into classes, where he constantly asks for their sizes and gives them ‘nicknames’,” said Bianca Delgado, Sava’s Roski academic advisor. “But I cannot deny his talent,”

Sava now plans to graduate on time, as long as he is not assigned to draw anything that isn’t a “bodacious bod”—because at this point nothing else stimulates him to the point of artistic climax.