2000’s one-hit-wonder band Fountains of Wayne is re-circulating the pop stratosphere after drummer Brian Young spoke about their classic song “Stacy’s Mom.” According to Young, he at no point wanted to have sex with Stacy’s maternal figure. He just thought she was a really neat lady.

While he confirmed most of the band was influenced by teenage hormones at the time, Young didn’t appreciate the assumption that he was a part of groupthink. In fact, on the band’s playdates with Stacy, he didn’t even hang around by the “p-p-p-p-pool.” He just sat inside and did homework.

“I’m not gonna say she didn’t have it going on, because art imitates life, right?” Young said. “But I wasn’t looking at her bod; I was looking inside her soul. The only thing I wanted to see in a skimpy red bikini was her intellect.”

According to him, he also suggested that the lyrics be “Did your mom get back from her business trip? I hope it went well. More women should hold high-level executive positions and shatter the glass ceiling and systemic misogyny ingrained in business culture.” However, lead singer Adam Schlesinger overruled the choice because it didn’t fit in with the song’s meter or rhyme scheme.

Young waited patiently for fourteen years (truly “so long”) to ask Stacy’s mother out. “I’m seeing her this evening,” he explained last Thursday. “I hope to put an Ocupado sign on her soul and get off behind the bathroom door to her heart.”

However, his attempt didn’t go as planned. When Stacy’s Mom told him she wasn’t interested, Young was furious and dumbfounded that his pro-women ideology didn’t automatically get him laid.

He has since told reporters that he blames Stacy’s Mom exclusively for his bachelorhood misery over the past two decades and that her audacity has inspired him a to write a new EP which he’s calling Geysers of Incel. 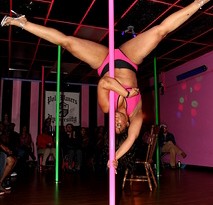